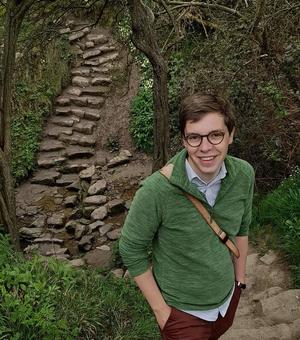 Thesis Title - When Terror Works: The case of Jewish Terrorism in Mandate Palestine, 1944-1948

My research evaluates the impact of the Jewish insurgency between 1944 and 1948 in effecting the decision of the British Government to withdraw from Mandate Palestine.

When insurgents attack your soldiers, police force and civil administration on a daily base, plant bombs in the UK and blow up the building housing the head of the civilian administration in the country that you’re administering, all with near impunity, a Government is normally forced to consider its position in the country. However, those who have written the history of the end of British rule in Palestine have tended to ascribe little importance to the Jewish Insurgency of 1944-1948 in helping to bring about the end of British rule in the country. Instead the state of British finances after the Second World War, the pre-existing slow rot already afflicting the British Empire, diplomatic efforts by the Jewish Agency in Palestine and American pressure are routinely pointed to as the real reason Britain left Palestine. My thesis seeks to re-evaluate this period and demonstrate the profound effect the insurgency had on the timing and manner in which the British left Palestine.

By combining historical analysis with aspects of the social sciences (in particular critical terror theory and social psychology), my thesis seeks to understand how the fear that was unleashed by acts of terror affected the British Administration in Palestine, British society, and the Labour Government and led to a growing feeling that the burden of Palestine was no longer something Britain could shoulder.

- BA, Near and Middle Eastern Studies: SOAS, University of London (2018)

- MA, Near and Middle Eastern Studies: SOAS, University of London (2019)

- News article for The Conversation on the 2022 Israeli elections and the Likud party, entitled Israel Election: What History Can Tell Us About the Prospects for Stable Government Under Bibi Netanyahu (9th November 2022)

- Blog article for Tides of History, entitled "Think Once, Think Twice": Ernest Bevin and the Creation of NATO (1st March 2022)

- Paper entitled Ireland Re-Remembered: Radical Zionist Thought and the Memory of the Irish War of Independence, at the Commemorations: Then, Now, & to Come Conference, University of Ulster (23rd June 2022) Recording: https://drive.google.com/file/d/1Lj5yZAgDe9ljPcjyvuo_6CyhB6S-VtC4/view

- Paper entitled Republicans and Revisionists, or what the Jewish Underground in Palestine learnt from Irish Resistance to British Rule, at the Rethinking Resistance Conference, Oxford (23rd-24th June 2022)

- Paper entitled 'They Don't Need the Money, Whereas We Do': Sex Work and Responses to it in British Mandate Palestine, at the Jews, Gender and Economies in History Workshop (4th-5th October, 2021)