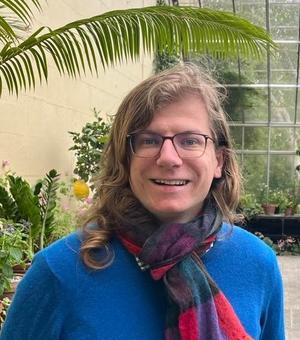 My doctoral research focusses on the cult of relics in the central Middle Ages, using the abbey of Fleury to explore how relics were venerated and how meaning was assigned to them.  Relics are objects whose meaning is fundamentally relational: pieces of bone or fragments of cloth, their value is derived from their connection to a saint.  How then did medieval communities such as Fleury understand not only the nature of their great saintly patron, St Benedict of Nursia, but also the other saints’ relics which were abundant at Fleury?  Where in the monastery were these relics stored, which relics developed miracle working cults, and which saints were suitable for further dismemberment?  To answer these questions I combine a close reading of the abbey’s hagiographical sources, such as the Miracles of St Benedict, with historically neglected sources, such as exegetical sermons and liturgical manuscripts.  Despite its importance to medieval Christianity, the cult of relics has often been taken for granted; here I probe some of the complexities which the veneration of saints’ remains presented.

Through this study I engage with several larger aspects of the religious and cultural history of Western Europe in the tenth and eleventh centuries.  Firstly, I challenge some of the historiographic assumptions about Benedictine monasticism between the Carolingians and the rise of Cluny.  Moving away from a model of monasticism which privileges homogeneity and such normative texts as monastic constitutions, my research explores the importance of cultural norms—and in particular the veneration of St Benedict—to what it meant to be a ‘Benedictine’ monk.  Secondly, my project brings together a study of the literary productions and material culture in order to explore how these complemented each other in the formation of one abbey’s cultural memory.  Through reading exegetical explanations of the meaning of relics alongside studying the materiality of relic veneration, it is possible to create a more complete picture of how medieval monastic communities understood their place in the world.  And thirdly, I explore how relics acted as connections between Fleury and the world outside the cloister, be that as gifts from Capetian kings, connections to such other major abbeys as Saint-Denis, or as a way to bind Fleury’s priories together as one community.

I am co-funded by an OOC AHRC - University College Scholarship and the Clarendon Fund and previously studied for my BA and MPhil in the department of Anglo-Saxon, Norse and Celtic at the University of Cambridge.

I have taught on a range of both British and European history papers for Oxford’s History Faculty and Cambridge’s Department of Anglo-Saxon, Norse and Celtic.  At Oxford this has included tutoring for the Prelim papers ‘History of the British Isles 1, 300–1100’, ‘European and World History I, 370–900’, and ‘Approaches to History’.  I have also supervised for ‘Insular Latin Literature’ and supervised and lectured for ‘The Brittonic-speaking peoples from the fourth century to the twelfth’ at Cambridge.

‘A Tale of Two Houses: Identity Creation in the Ninth-Century Hagiography of Léhon and Redon Abbeys’, Quaestio Insularis 20 (2019), 74–93