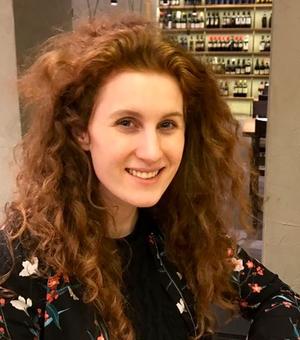 I am a historian of religion and political thought. My work explores debate over the relationship between spiritual and temporal authority in the medieval and early modern periods, c. 1350 and 1700, with a particular focus on English and Italian contexts. I am especially interested in the political and religious thought of early modern Venice. As an Italian Catholic power, but one which chafed against the excesses of papal authority, the history of Venice captures important and often overlooked tensions which defined the politics and political thought of the Reformation period. My research into seventeenth-century Anglo-Venetian relations was recently awarded the Institute of Historical Research's Sir John Neale Prize for Early Modern British History (2021), while my articles on Catherine of Siena and English blasphemy legislation have appeared in Renaissance Studies and The English Historical Review.

Before joining Pembroke in 2021, I completed my BA (History, 2016), MPhil (Political Thought and Intellectual History, 2017) and PhD (History, 2021) at the University of Cambridge.

My research explores politics and religion in the early modern period. For my doctorate, I investigated intellectual connections between England and Venice in the early seventeenth century (c. 1600–1640). This was a period in which tensions between Venice and the Papacy were running high and a ‘Venetian Reformation’ was viewed across Europe as a real possibility. Though ultimately disappointed, these hopes prompted a period of enthusiastic intellectual exchange between influential figures at the English court and the Venetian anti-papal party. The activities of this Anglo-Venetian network had lasting implications for political thought in England, Venice and elsewhere in Europe. This story will be the focus of my first monograph, provisionally entitled 'The Venetian Connection: England, Venice and Stuart Religious Politics, 1603–1714'.

My postdoctoral research will address many of the same themes as my doctoral project: competition between Venice and the Papacy, transnational encounter as a motor for change, and the politics of conversion, both within and beyond Europe. Rather than focussing on Venice’s connections with Western Europe, however, I will turn my attention to the East, exploring the theory and practice of civic religion in Venice’s Adriatic empire.

I have also pursued research on politics and religion in a variety of contexts beyond the early seventeenth century. My published work to date includes a study of the neglected political thought of the late medieval mystic Catherine of Siena and an exploration of the political significance of blasphemy legislation in 1690s England. I remain particularly interested in recovering side-lined histories of women’s political thought and my research on Catherine is ongoing.