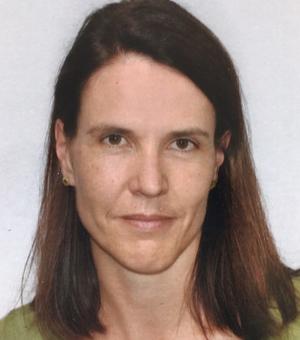 The commissioning, function and agency of religious images in late-medieval England: The Jesse Tree reredos at St Cuthbert’s, Wells

I am interested in the role images played in the late medieval English parish church.

My thesis will reconstruct the material form of the fragmentary Tree of Jesse reredos at St Cuthbert’s church, Wells (Somerset), and explore the process of a late medieval civic commission through the surviving contract, focussing on the choice of an iconography, and a material form at large scale, which is far from being the obvious choice for a late fifteenth-century English parochial Lady altar. I will go on to examine the role of the altarpiece within a church that had a very specific identity as the centre of civic life in a cathedral city.

Before I began my DPhil, I spent twenty years at the Victoria and Albert Museum, London, in a variety of curatorial and project management roles. My projects included the major loan exhibition, Gothic: Art for England 1400-1547 (2003-4) and the new permanent Medieval and Renaissance Galleries (which opened in 2009), as well as the record-breaking exhibition, David Bowie Is… (2013).

In addition to parish churches, devotional images and medieval sculpture, my broader interests include English country houses, museological practice, particularly in the display/interpretation of medieval objects, and the senses and their role in the creation and reception of art, particularly in the context of the museum.

2016 to present: trustee of the Northamptonshire Victoria County History Trust

2019: researcher on Talking Sense: research group bringing together Oxford early career researchers from diverse disciplines to shed new light on the permanent collection of the Ashmolean Museum through a series of interdisciplinary gallery talks