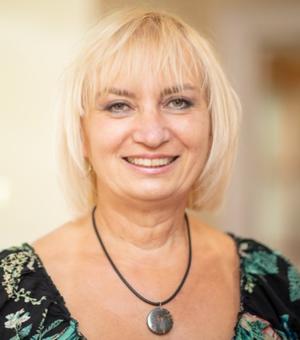 An examination of the frescoes reflecting notions about the Cosmos and the concept of Time, painted in the Visoki Decani monastery in the fourteenth century

I am a new DPhil student.  For more than five years, I have been investigating the symbology of frescoes depicting the Cosmos, and the concept of Time, in the fourteenth century Christian Orthodox Visoki Decani Monastery, located near Decani/Deçan, Kosovo.  I am especially fascinated by the frescoes of personified Sun and Moon: the tear-shaped paintings with human figures inside, located on the left and right side of The Crucifixion of Christ fresco, under the central dome of the Monastery.  The other fresco, which is a subject of my research, is the fresco of the Genesis, which depicts the unfolding of Time.  My intention is to address the Cosmic aspects of the frescoes and how these were interpreted in the Patristic texts and by medieval Christians scholars, through paintings from the Late Byzantine era.  Moreover, I aim to explore the notion of Time visually and philosophically and how it was interpreted during that period.

Dragana Van de moortel-Ilić, ‘An Examination of the Images of the Sun and the Moon in the Visoki Dečani Monastery in Kosovo’, Culture and Cosmos, Volume 21, no 1 and 2, (Spring/Summer and Autumn/Winter 2017), (http://www.cultureandcosmos.org/issues/vol21.php).

Sophia Centre Conference, Bath, 2016 ‘Worship of the Stars: Celestial Themes in Observance and Practice of the Sacred’, Bath, 2016, Images of the Sun, the Moon and planets in Serbian medieval churches

23rd Congress of Byzantine Studies in Belgrade, August 2016, The cosmology of Aristotle and Plato in Serbian medieval churches: the frescoes in the Bogorodica Ljeviška church, Lesnovo and Visoki Dečani monasteries as case studies

Third Sophia Graduate Conference in London, November 2017, An examination of the images of the Sun and the Moon in the Visoki Dečani monastery in Kosovo, (http://sophiaproject.net/GraduateConferences/conf2017/speakers.php#draganamoortel)