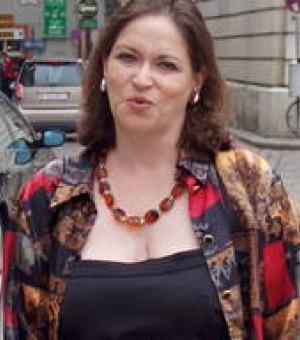 I am an Associate Fellow of the History Faculty and was until 2014 a member of All Souls College. I am interested the societies and cultures of the early medieval West, and their transformation from the Late Roman into the Romano-Germanic world from Late Antiquity until the end of the First Millenium (7th to the 11th cs) across Western Europe.

I was educated at the universities of Paris IV-Sorbonne and Brasenose College in Oxford, wrote my doctoral thesis at Trinity College, Cambridge, and spent my professional life, first as a JRF and British Academy Postdoctoral Fellow at Oxford, then as a lecturer at the universities of Durham, Wales and Leicester/Northampton, where I was a Senior Lecturer and Editor of the Victoria County History of Northamptonshire until 2009, when I returned to Oxford.

I was especially active in administration during my years in Wales, with tutoring and pastoral responsibilities as Postgraduates' Tutor and Examinations Officer for the Department. I jointly ran the degree scheme in Medieval Studies, set up and ran the Ancient and Medieval History degree. As Research Officer I was a convenor of  the Staff Research Seminar,, a member of the Committee for the preparation of the Research Assessment Exercise,  and co-organizer of the Annual Medieval Conference of staff and students of the University of Wales at Gregynog Centre (North West Wales).

I was also a member of the founding committee of the British Institute at Göttingen, Germany (sponsored jointly by the Institute for Historical Research in London, and the University of Wales, under the patronage of the Max-Planck-Institut). In 1997-9 I was one of the three Moderators for two University of Wales M.A. courses at Rome International University.  Later on, at Northampton, I was much involved with working groups and organisations in the Heritage Industry, especially in outreach, representation, and intangible heritage.

From Sept 2011 to Sept 2014, as a Research Fellow in the History Faculty at Oxford, I was involved with Chris Wickham in an AHRC-funded project entitled: From Byzantine to Ottonian empires: Venice, Ravenna and Rome, imperial associations and the construction of city identity, c. 750-1000. This project is now finished, and the main monograph to come out of it will be published by Oxford University Press next year, under the title of Rome, Ravenna and Venice, 750-1000: city identity in medieval Italy before the communes. A collection of conference papers linked to the project had already been published by Brepols under the title Three empires, three cities: identity, material culture and legitimacy in Venice, Ravenna and Rome, 750-1000.  In the past 5 years, my main publications have included aspects of the history of Venice and Ravenna (SAAME 4, 5 and 8, Brepols 2013, 2015 and 2017; Historical Journal, 2015), as well as Rome (Brepols, 2014, De Gruyter, 2018). In 2013 I won the Oxford University Research Excellence Award.  For details of publications see www.academia.edu.

While remaining a Research Fellow in the History Faculty, I won in 2015 a EU Horizon 2020 Marie Curie award for two years as a Marie Curie Senior Research Fellow, based at the University of Venice, Ca’ Foscari. The project was entitled ‘Family, Power, Memory: female monasticism in Italy, 700 to 1100’. During the course of the project (website www.unive.it/itnun), I set up a database of early medieval Italian nuns, MedItaNunC,  www.unive.it/meditanunc, presenting the material about individual nuns in relation to their family connections, political and economic presence, patronage and cultural importance  I am currently publishing a volume of papers from a conference associated with the project, which will appear on Reti Medievali Rivista next year; and am in the process of finishing a monograph, to be published by Brepols in 2019 in the Medieval Monastic Studies series. I am a Fellow of the Royal Historical Society, the Centro interuniversitario per la Storia e l’Archeologia dell’Alto Medioevo (SAAME), the SISMED, the Centro di Studi per la Storia di Venezia, and on the editorial board of the on-line journal Medievally Speaking. I was also an associate in the Italian Ministry for Education PRIN (Progetto di Ricerca di Importanza Nazionale) Conflitti sociali, strutture parentali e comunità locali nell'Italia altomedievale (VIII-XI secolo (Università di Venezia, Padova, Trento & Sassari), and a referee for the Italian REF.

My research work so far has followed three main lines of inquiry: a. The Anglo-Saxon church and culture b. Medievalism, from political debates, literature, art and architecture to film, detective novels, the Heritage industry, the Internet and reenactment, on which I wrote the book In Search of the Holy Grail: The Quest for the Middle Ages c. Late Antique and Early Medieval Italian cultural history, especially in Rome, between the fifth and tenth centuries, which has led to my last two books, one edited for Brepols, the other, in progress, for Oxford University Press, on Rome, Ravenna and Venice, 750-1000: city identity in medieval Italy before the communes. The overall line of this work was an examination of the convergences and divergences between political realities and the rhetoric, image and ideology of imperial rule in Early Medieval Italy in the 9th and 10th centuries, and at the way in which these have shaped the identity of the three main post-Byzantine capitals of Rome, Ravenna and Venice. The focus on these three cities arises from their unifying element: their  common Byzantine past, since they remained in the sphere of imperial power after the creation of the Lombard kingdom in the late 6th century, up to 750. What happened  to them when their links with the Byzantine Empire were almost entirely severed in the 8th century? Did they remain socially and culturally heirs of Byzantium in the 9th and 10th centuries in their political structures, social organisation, material culture, ideological frame of reference and representation of identity? Or did they become part of the  next imperial powers of Italy, the Carolingian and the Ottonian empires?

Since October 2015, I have been working as a Marie Curie Research Fellow at the University of Venice, on a new project entitled Family, Power, Memory: female monasticism in Italy, 700 to 1100. Like my past work, this is also a comparative and interdisciplinary study: that of Italian female monasteries from 700 to 1100. I approached the study of Italian religious women as a laboratory for exploring the complex relationship between gender and power. Royal or aristocratic monasteries have left sources detailing the names, background and activities of nuns. These sources, spread out in time and space, are representative of the political and ethnic composition of Italian society. To study the evolution of nunneries makes it possible to trace changes in Italian political, social and cultural patterns, with the intermingling of family and politics. Understanding the tensions between early medieval Italian society’s male-controlled political and religious power, and the great influence of noble women as queens and as nuns, is essential for grasping women’s ideological and spiritual power in Italy and their influence within the elite and in society generally, and to recognize the different and changing configurations of medieval Italy.