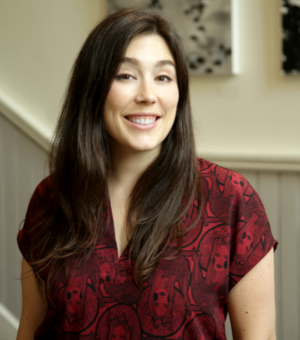 I am a historian of the early modern Spanish world with a research focus on conversion, identity making, and categories of religious, social, and legal difference in sixteenth-century Castile. I received my B.A. from the University of New Brunswick and my M.A. and Ph.D. in History from the University of Toronto. From 2016 to 2018 I was the Postdoctoral Fellow in the Early Modern Conversions project at McGill University in Montréal.

I am currently revising my first book, The Morisco Problem and the Politics of Conversion in Early Modern Spain. I illustrate how Moriscos routinely took legal action to defend their families, properties, and privileges in response to religious prosecution and policies aimed at their assimilation and conversion. These negotiations reveal that Morisco status was malleable and multiform, exposing the constructed nature of identities and boundaries of belonging in early modern Spain. My second book project, Descendants of Converts: Race, Religion, and the Moriscos in Early Modern Spain, will locate, trace, and contextualize early concepts of race by asking how shifting ideas about blood purity (limpieza de sangre), religious difference, and foreignness were employed in the construction of racialized categories of difference in the sixteenth century.

My research interests include religious conversion and colonial encounters in the early modern Spanish world. I study ideas of difference and belonging through an analysis of the transformations in political, juridical, and communal identities that formed part of the processes of religious conversion.

The Morisco Problem and the Politics of Conversion in Early Modern Spain, which began as my doctoral thesis, investigates how Moriscos (Spanish Muslims forcibly converted to Catholicism and their descendants) took legal action in response to assimilationist policies and Inquisitorial prosecution in the Castilian city of Valladolid. The problem of Morisco conversion spanned the sixteenth century, as the Spanish Crown and Church failed to fully assimilate generations of Moriscos into Catholicism. This problem generated debates over what it meant to be a Catholic and a Spaniard. What was “true” conversion, how was it to be measured — and was it even possible? My work offers a critical intervention through its focus on the textual record Moriscos generated through legal action: court records, leases, petitions, status claims, tax settlements, licenses, passports, and letters of manumission. My book examines conversion as a contentious religious and political project, revealing how the identification of the Moriscos was a process of negotiation in which they themselves took part.

I have begun research for my second book project, Descendants of Converts: Race, Religion, and the Moriscos in Early Modern Spain, which brings my expertise in the histories of converts and conversion in Iberia to bear on the formation of racialized categories throughout the global Spanish empire, beginning with a comparison of legal records related to investigations of blood purity, assertions of noble status, and petitions and lawsuits in which Moriscos claimed Old Christian status. Guiding questions for this research include asking how the language and categories of religious and racialized difference changed over the long century between the Moriscos’ baptism and expulsion. What kinds of evidence were presented to verify ancestry and how did converted peoples employ these to assert statuses and protect privileges? What models of racial and religious transmission did discourses of lineage and descent rely upon? How did local categories and practices influence imperial perspectives and policies?

I have published my research on Moriscos in several articles and book chapters:

Moriscos, Enslaved Children, and Litigating for Liberty in sixteenth-century Spain

Moriscos, Enslaved Children, and Litigating for Liberty in sixteenth-century Spain

Graduate Papers: The Global Empires of Spain and Portugal, 1400-1800: Comparisons and Connections