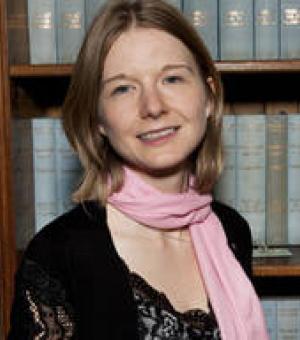 I am especially interested in the relationship between political thought and religious ideas, in the aftermath of the Reformation and after the discovery of the New World.  The sixteenth century saw the development of new ideas about salvation, about political life and about what it means to be human; after Luther, Machiavelli and Christopher Columbus the intellectual and political landcape looked very different.  I am exploring how people coped with these new ideas and political realities in the sixteenth and early seventeenth centuries.

My currently project is a book on the political thought of the sixteenth century, roughly from Martin Luther to Hugo Grotius.  It willl look at how the crisis of the Reformation led to heated arguments about how human beings could be saved, but also to a fundamental rethinking of the legitimacy of earthly societies and of the way politics worked.  The focus will be on Europe, but I will also consider developments across the world, showing the similarities and differences between Europe and the wider world.  How did the European experience compare with that of other societies, especially those like the Ottoman Empire which also contained different religious groups?

My most recent published and forthcoming work focuses on two figures.  The first, Hugo Grotius, was a Dutch jurist, historian and theologian who is often considered the founder of international law.  Grotius' political and religious writings have to be studied together, and I have been showing how his great works of law and theology are dependent upon each other.  The second is Thomas Hobbes, and I have some forthcoming articles which explore the religious and political context of Leviathan.

I created a website with some of my students to illustrate changes to religious worship in the early modern period - see https://impact.history.ox.ac.uk/