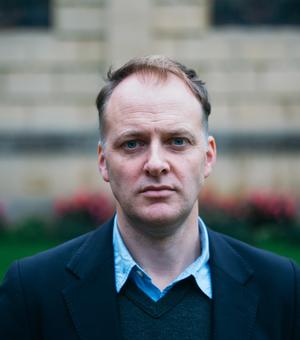 I specialise in the history of medicine, where my research focuses currently on blood transfusion, infectious disease, and medicine’s relationship to war and conflict.

Based at the Oxford Centre for the History of Science, Medicine and Technology, I am a Research Fellow at Oxford’s Wellcome Centre for Ethics and Humanities. I am also a Fellow of the Royal Geographical Society and past member of Council of the British School at Athens.

I am currently engaged in a major research project examining developments in blood transfusion during the Second World War. This is based within Oxford's Centre for the History of Science, Medicine, and Technology and made possible thanks to a generous donation from the Royal Army Medical Corps Charity.

Parallel to this work, I maintain active research interests in the history of international interventions in major health crises in conflict zones and other challenging environments, looking especially at issues around disease control and the movement, management, and mental health of displaced human populations.

In addition, I have an established and ongoing research interest in the history of wartime and political movements of protest and resistance. My books include studies of British dealings with wartime resistance movements in Axis-occupied Albania (Wildest Province, Jonathan Cape, 2008) and Fascist Italy (Target: Italy, Faber & Faber, 2014); of these, the first was based on my doctoral research and largely written while I was an Alistair Horne Fellow at St Antony’s College, and the second was a commission from the Cabinet Office. Latterly, with the support of a Wellcome Trust research fellowship, I have studied the mental health impacts of resistance and asymmetric warfare. My current research in this area overlaps with my interest in the challenges of healthcare provision in austere environments.

I also maintain an active research interest in the history of international practices of cultural heritage protection in conflict and post-conflict zones, chiefly in Southern Europe, North Africa, and the Middle East. This work was recently supported by a generous award from Oxford's Fell Fund.

‘Special operations: a hidden chapter in the histories of facial surgery and human enhancement’ in Medical Humanities(July 2020) Vol.46 pp.115-123

‘Special operations: a hidden chapter in the histories of facial surgery and human enhancement’ in Medical Humanities(July 2020) Vol.46 pp.115-123

During the Second World War, Britain’s Special Operations Executive (SOE), a secret service established to encourage resistance and carry out sabotage, employed various techniques of enhancing the ability of its personnel to operate undetected in enemy territory. One of these methods was surgery. Drawing on recently declassified records, this article illuminates SOE’s reasons for commissioning this procedure, the needs and wants of those who received it, and the surgeons employed to carry it out.

Target: Italy is an in-depth study of the covert war waged on Benito Mussolini's Fascist Italy by Britain's Special Operations Executive. An official commission in the UK Government’s official history series, it is the first full account of SOE's clandestine efforts to strike at Italy and sever its alliance with Nazi Germany.

My contribution to a series of British School at Athens videos ("21 Objects for '21") which celebrates Greece through objects chosen by curators, authors, and academics in the UK, Greece, and beyond. The series was launched in June 2021.

I was the historical consultant on this 5-part series, which drew heavily on my research (sponsored by the Wellcome Trust) on wartime techniques of personality testing, personnel selection and training

‘Today' : feature on war and archaeology

‘Today' : feature on war and archaeology

I would like to hear from potential Masters and DPhil students with interests in the Second World War, intelligence, resistance, and the study of modern war and medicine.