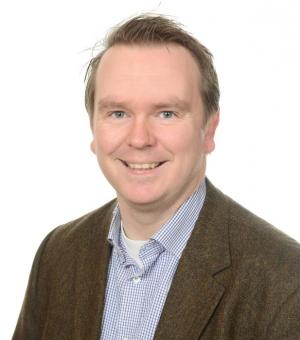 My research concerns the ecclesiastical history of northern France in the High Middle Ages, with a particular focus on ducal Normandy (911-1204). I work primarily with charters and other such administrative records, and am particularly interested in what this material can reveal about the political, legal, economic and cultural circumstances of the societies in which it was produced. I have also published widely on topics ranging from ecclesiastical rivalry, through excommunication, the nature of episcopal power, the Cistercian abbey of Savigny, and the role of relics in the Middle Ages.

My current work is focused on two main projects. The first involves the episcopal acta—that is, the charters and documents—issued by the bishops of Normandy between the 11th and 13th centuries. Produced in a period and region critical to our understanding of the wider history of medieval Europe, these documents not only provide an invaluable insight into the developments that occurred within one of Normandy’s most important institutions, but also into the socio-economic and political change that took place within the duchy itself. I am therefore working to collect and edit this important material for the dioceses of Lower Normandy (Avranches, Bayeux, Coutances and Sées), the results of which will be published both online and in print by the Presses universitaires de Caen as part of the project Les actes épiscopaux français du Moyen Âge – édition multimodale et exploitation (ACTÉPI).

It is as a result of this research that I have also developed an interest in the history of the abbey of Savigny, head of Normandy’s only native monastic order, and motherhouse to a network of institutions throughout France and the British Isles, which in 1147 was absorbed into the Cistercian Order. Savigny was one of the most important Cistercian houses in northern Europe, but it has thus far received comparatively little scholarly attention. I have published (or have forthcoming for publication) several articles on aspects of life (its scriptorium, its networks of recruitment and benefactors, etc.) at the abbey and its key texts (in particular, its charters and the so-called Chronicon Savigniacense). In this vein, I am currently working on an edition and translation of the Liber de miraculis sanctorum Savigniacensium, a large collection of over 430 miracles performed by Savigny's saints, written at the abbey in 1243/4.

Outside of these projects I am broadly interested in questions relating to the development and transmission of the written word in the Middle Ages, notions and the exercise of power, medieval frontiers, and prosopography. I am also interested in the way that medieval texts can be edited and understood via digital platforms such as TEI-XML.