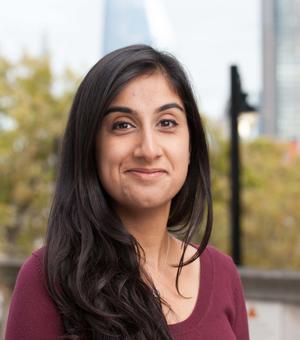 I work for the History Faculty in the new, part-time post of Community History Fellow. In this role, I am actively seeking to develop and expand the Faculty’s existing public history work within the local community of Oxford and Oxfordshire. My main focus is on encouraging the building of supportive relationships between Oxford’s researchers and a wide array of people, groups and organisations involved in history and heritage activities within the local community, so that we can learn from one another in a way that enriches our collective historical understanding. I am interested in promoting high-quality practice in the making of public history activities and collaborative projects, to ensure that university-community partnerships operate in ways that are fair, meaningful and inclusive.  If you are a researcher keen to develop a local history project, or if you’re part of a community group that would like to explore a historical subject in more depth – feel free to drop me a line!

My specialist research interests lie in the cultural politics of empire, particularly across Britain and South Asia in the nineteenth and early twentieth centuries. I completed my university education at Oriel and Lady Margaret Hall, and have taught History at Oxford and King’s College London. I have extensive experience working in public history across TV/radio, schools outreach and consultancy for museums and creative projects. I am always keen to find engaging, constructive and fun(!) ways to communicate and share academic historical knowledge with the broader public, and to learn from them too.

A key focus of my research has been on royal and imperial history: beginning with my undergraduate and then my doctoral research at Oxford, which investigated the courtly ties between the royal families of Queen Victoria and Maharajah Ranjit Singh, founder of the Sikh Empire. This research broke through regional silos in the study of nineteenth-century monarchies, and shed new light on the global connections between royal elites, as they endeavoured individually and collaboratively to safeguard their fortunes and influence in the wake of the entangled rise of democracies, nation-states and empires.

My publications to date have highlighted the crucial importance of gender politics to this history, as a generation of kings, queens and royal children sought to navigate the challenges and opportunities of this period. I have also argued for the need to show greater consideration to the ideas and agency of royal figures within modern imperial politics. I am currently working on considering how notions of blood, lineage and dynastism shaped royal encounters, relationships and modes of self-representation; as a greater number of royal houses were thrown into contact than ever before through the impact of expanding communications and travel networks, as well as of course the reach of the British Empire. I will be engaging with some of these questions in the new book project that I am working on at the moment, about the life and image of Maharajah Duleep Singh. This research has also been featured in multiple BBC programmes, an exhibition at Kensington Palace, and in talks that I have given for Sikh/Punjabi community groups and schools.

I have additionally studied the local and global impacts of empire and war through my postdoctoral work at the History Faculty (2017-18) as an AHRC-funded project coordinator and TORCH Knowledge Exchange Fellow on the inititative: ‘The Indian Army and the First World War: an Oxfordshire and Buckinghamshire perspective’. This was a collaborative project between the Faculty, the Soldiers of Oxfordshire Museum (SOFO) and local community groups: including the Oxford University Sikh Society, the Oxford Muslim Community Initiative and the Oxford Hindu Temple Project. It was the first project of its kind to bring an inter-faith and inter-generational British Asian perspective to the history of the First World War, and involved our team of community volunteers in researching SOFO’s previously unstudied archival collections about the Oxfordshire & Buckinghamshire Light Infantry’s service with the Indian Army in Iraq during the war. I led this team jointly with heritage consultant, Stephen Barker, to design a mini-exhibition that toured across Oxfordshire and Buckinghamshire museums, accompanied by a series of public lectures and family-friendly activity days. Funded by the AHRC’s Voices of War and Peace Centre and a TORCH KE grant, this project was an exciting opportunity to explore collaborative ways of co-producing academic research with the community, for the community.

A dazzling history of the powerful women and men who forged a dynasty to rival the Mughals and the British.

In late-eighteenth-century India, the glory of the Mughal emperors was fading, and ambitious newcomers seized power, changing the political map forever. Enter the legendary Maharajah Ranjit Singh, whose Sikh Empire stretched throughout northwestern India into Afghanistan and Tibet.

‘Royals and Rebels’ Review: A Success Story, While It Lasted

‘Royals and Rebels’ Review: A Success Story, While It Lasted

Review from the Wall Street Journal

Book Review: The Hidden History of Female Agency in the Sikh Empire

Book Review: The Hidden History of Female Agency in the Sikh Empire

Review from The Wire

Lies My Teacher Told Me?

Lies My Teacher Told Me?

The Indian Army in the First World War: An Oxfordshire Perspective

The Indian Army in the First World War: An Oxfordshire Perspective