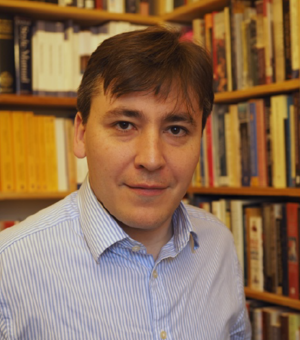 Dr Nicholas Cole (MA MPhil DPhil Oxf) studies the political thought of the eighteenth and early nineteenth century, and is working on a digitial project that looks at the way constitutions and treaties have been negotiated over the last two hundred years.

His particular interests are the influence of classical political thought on America's first politicians, and the search for a new 'science of politics' in post-Independence America.  He studied as an undergraduate and graduate at University College, Oxford, and was a Visiting Fellow at the International Center for Jefferson Studies at Monticello.  He has held research and teaching positions at St Peter's College, and within the History Faculty.  His doctoral work focused on the use made of classical antiquity by Jefferson's generation, and he retains a strong interest in the reception of classical antiquity in the modern world, about which he has written extensively.  He supervises undergraduate and graduate theses on early American politics and ideology and the history of ideas.