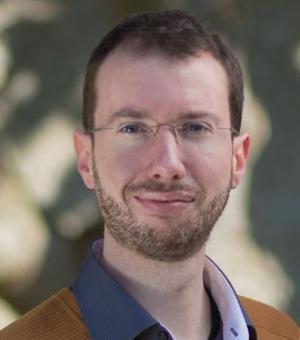 My research and teaching interests lie in 14th-16th century politics, especially in state-building processes shaping Western European polities. I analyse the growing princely monopolies on violence (war) and diplomacy (peace) and their implications, especially in the Low Countries, a composite state united under the rule of the Valois dukes of Burgundy and their Habsburg successors. My aim is to scrutinise and differentiate the relative importance of the factors traditionally associated with the rise of the early modern state in a comparative perspective including England, France, and the Holy Roman Empire. This work develops from my PhD thesis on the political implications of the late medieval gunpowder artillery revolution in the Burgundian Low Countries.

I am the organising tutor in history at Harris Manchester College, where I teach historical methodology.

I obtained my doctoral thesis funded by the Belgian National Fund for Scientific Research (F.R.S.-FNRS) at the Université libre de Bruxelles (ULB) by examining the extent to which gunpowder artillery became a tool of centralised and sovereign government for the dukes of Burgundy and their Habsburg successors in the Low Countries, a typical example of a composite state, during the second half of the 15th century. This was intended as contribution to debates on the Military Revolution and the development of so-called ‘early modern states’. I argued that technical changes not only improved the efficiency of the ducal artillery, but also led to new ideas about warfare, based on careful long-term planning. Even before the advent of a standing army, artillery thus became a powerful incentive to grow a bureaucratic apparatus in order to manage a new set of weapons at a pace urban and seigneurial powers could not follow. However, the ducal artillery’s organisation in the Low Countries still reflected power relations between princes, towns, and lords more than it was, in the end, able to alter them. Negotiated collaboration between these protagonists was thus essential to the polity’s very existence.

My initial postdoctoral projects then aimed to examine the extent and the nature of this collaboration in the context of external state action, both military and diplomatic. At the Université Saint-Louis – Bruxelles (Brussels), I continued to investigate the military side, examining how the changing structures of the Burgundian army reflected changing power relationships within the Low Countries, and the changing nature of the collaboration between princes, towns, and lords. I focused on a comparison between the armies of Charles the Bold (1467-1477), a prince ambitious for absolute power, and those serving his daughter Mary (1477-1482) after the revolts against Burgundian rule. As an academic visitor at Oxford University, funded by the Wiener-Anspach foundation (ULB), I looked into the participation of noble and urban agents to the state’s diplomatic relations with the Kingdom of England, focusing on the period 1465-1530.

Building on the findings of this investigation, my current research project, funded by the British Academy, aims to understand how state-building processes affected the relatively autonomous medieval urban diplomacy from the mid-14th to the mid-16th century, as princes gradually tried to control if not monopolise diplomatic action conducted towards political actors external to their own polity, and how merchant communities, in turn, had to adapt, and indeed adapted, to this new situation, in order to further their commercial interests. Thus, it was not only dynastic policies but the economic interests of towns that shaped interstate relations and, more generally, the state itself. My case studies are England, the Low Countries, and the Hanse, polities of diverse natures experiencing state-growth in the 15th and 16th centuries, in the Hanse’s case to its detriment.

I am also interested in rulership and its gendered nature and am currently co-editing a collective volume on the reign and (cultural and historiographical) legacy of Mary of Burgundy (1477-1482), to be published in 2018. This reign was crucial to the survival and further development of the Low Countries as a composite polity through a high degree of political participation of its subjects.

This study analyses how the gunpowder artillery of the dukes of Burgundy became increasingly organised and endowed with its own command, administrative, and financial structures as its importance (and its cost) grew substantially between Philip the Good’s war against the Ghent revolt (1451-1453) and Charles the Bold’s death at Nancy (1477).