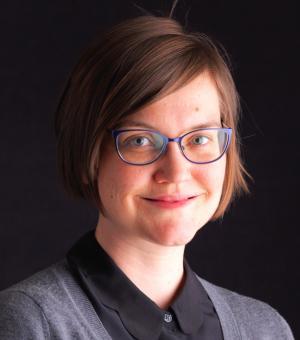 My research examines the effects of war on the living standards of non-combatants . My new book Hunger in War & Peace: Women and Children in Germany, 1914 - 1924 was recently published by Oxford University Press (2019) as part of the Oxford Historical Monograph Series. It documents the nutritional impacts of wartime blockades on children, women, and the elderly. Understanding the impacts of war on such vulnerable members of society requires analyses of disparate sources because the stories of non-combatants are either untold or, alternatively, exploited for propaganda purposes. I use anthropometric data to analyse and chart the course of wartime deprivation through time. When such quantitative insights are combined with traditional qualitative sources, questions previously unconsidered - such as the timelines of deprivation and recovery for different social groups - can be better explored.

My current research focuses on the health, hunger, and inequality of civilians during the First World War. My new book Hunger in War & Peace: Women and Children in Germany, 1914 - 1924 was recently published by Oxford University Press (2019) as part of the Oxford Historical Monograph Series. This book assesses the nutritional status of civilians in Germany from 1914-1924 using a variety of original source material including anthropometric measurements from school children, scientific studies, maps, institutional reports, internal international aid documents, personal letters, legal reports, paintings, newspapers, and diaries. I find that deprivation was severe for some civilians in Germany, but that it varied greatly depending on status: age, gender, social class, and even stratum within families impacted how much people suffered during the War. My DPhil dissertation won the Dev Book Prize for the best dissertation in the History of Medicine at Oxford, and was short-listed for the best doctoral dissertation by the Economic History Society. My  article in the Economic History Review (2015) ‘Hunger games: or how the Allied blockade in the First World War deprived German children of nutrition, and Allied food aid subsequently saved them’ was awarded the 2016 Alexander Prize from the Royal Historical Society.

Along with Dr Claire Morelon and Professor Sir Hew Strachan, I am leading a Leverhulme-Trust funded International Network called ‘Hunger Draws the Map’. This three-year project traces hunger across Europe and the Ottoman Empire from 1914-1922. Our first workshop was held in Oxford in September 2016, our second workshop was held at the Hoover Institution Library and Archives in April 2017, and our final workshop was held in Oxford in May, 2018. Dr Claire Morelon and I are co-editors of the resultant monograph which has an expected publication date of 2020.

I am also interested in the genesis of multinational aid institutions in the early 20th century. Analyses of their successes and failures in changing childhood nutritional trajectories can help elucidate best and worst practices, and how these antecedents have helped determine current practices.

Finally, I have continued interest in the South Pacific and Scandinavia, where I lived with my family for several years as a child.

At the outbreak of the First World War, Great Britain quickly took steps to initiate a naval blockade against Germany. In addition to military goods and other contraband, foodstuffs and fertilizer were also added to the list of forbidden exports to Germany. As the grip of the Blockade strengthened, Germans complained that civilians-particularly women and children-were going hungry because of it. The impact of the blockade on non-combatants was especially fraught during the eight month period of the Armistice when the blockade remained in force.

'Hunger in War and Peace'

'Hunger in War and Peace'

The Forgotten Christmas of 1918

The Forgotten Christmas of 1918

How Hunger Impacted German Civilians During and After WWI

How Hunger Impacted German Civilians During and After WWI

Part of The Presidency Series and American History TV Series on C-Span3.

with Catriona Oliphant for Chrome Radio.

"A Hundred Years After the Armistice."

"A Hundred Years After the Armistice."

Research on the health of German children during and following the First World War cited in The New Yorker by Adam Hochschild "A Hundred Years After the Armistice."

The Battle of Jutland: The Navy’s Bloodiest Day.

The Battle of Jutland: The Navy’s Bloodiest Day.