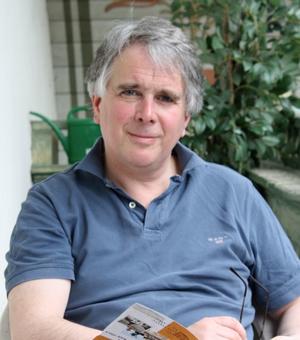 My research has been principally concerned with European history from the 1930s to the final decades of the twentieth century. Like many others, I was initially interested in the inter-war years, and my doctoral thesis explored the history of the extreme-right movement in Belgium, the Rexist movement, during the Second World War. Published in 1993 as Collaboration in Belgium: Léon Degrelle and the Rexist Movement 1940-1944, it was subsequently published in French and Dutch translations. The Catholic origins of the Rexist movement led me on to develop a wider interest in Catholic politics, and I have published a number of books and articles which have looked more generally at the shape of Catholic politics in Europe. I have also continued my interest in Belgium, and wrote a large-scale study of Belgium after its liberation in 1944. This was published in 2012 as The Sorrows of Belgium: Liberation and Political Reconstruction 1944-47. It too has come out in a French translation.

In the last few years, much of my work has concerned the history of Democracy in twentieth-century Europe. I have published a number of articles on the nature of democracy in post-war Europe, and published a large book entitled Europe's Democratic Age: Western Europe 1945-68, with Princeton University Press in the spring of 2020.

I am continuing to write about democracy, and am completing a collaborative project on the history of Social Justice in twentieth-century Europe. I have also begun a new project on Political Men, which seeks to problematise the forms of male political citizenship which have developed in Europe across the twentieth century. Its focus is consciously comparative, embracing a variety of political regimes and periods. Its underlying thesis is that we need to understand how male forms of political action have been a significant influence on the evolution of both democratic and non-democratic regimes.

I also have a strong interest in the concept of the History of the Present, as a distinct era separate from the more familiar span of the twentieth century. I am one of the editors (with Celia Donert and Kiran Patel) of a new book series published by Cambridge University Press, entitled European Histories of the Present.

I have written an account of the evolution of my historical interests here.

What happened in the years following World War II to create a democratic revolution in the western half of Europe? In Western Europe’s Democratic Age, Martin Conway provides an innovative new account of how a stable, durable, and remarkably uniform model of parliamentary democracy emerged in Western Europe—and how this democratic ascendancy held fast until the latter decades of the twentieth century.

The liberation of Belgium by Allied troops in September 1944 marked the end of a harsh German Occupation, but also the beginning of a turbulent and decisive period in the history of the country. There would be no easy transition to peace. Instead, the rival political forces of King Leopold III and his supporters, the former government in exile in London, and the Resistance movements which had emerged during the Occupation confronted each other in a bitter struggle for political ascendancy.

The State of Europe

The State of Europe

What is it about Molenbeek? The bit of Belgium that was a base for Paris Terror Attacks

What is it about Molenbeek? The bit of Belgium that was a base for Paris Terror Attacks

Brexit: 100 Years in the Making

I have recorded a number of podcasts about my work, most recently
https://revdem.ceu.edu/2021/05/28/a-limited-and-cautious-democracy-inter...
I also contribute to online journals and discussion forums, including
https://networks.h-net.org/node/28443/discussions/7300959/policy-series-...
https://europedebate.hypotheses.org/142

I would be happy to hear from students interested in subjects relevant to the principal themes of my research.