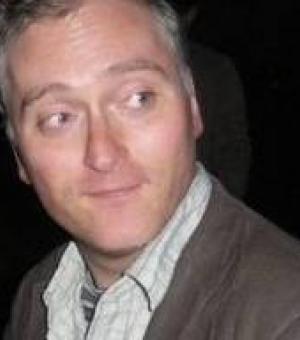 My research interests concern Ireland since the Famine, and the History of Political Thought since the French Revolution. I'm particularly keen to supervise research in the fields of twentieth-century Irish History, and in the history of socialism.

Marc Mulholland was born in Enniskillen, County Fermanagh, in 1971, and as a one-year old moved with his family to Portglenone, County Antrim. He comes from a long line of school-teachers on his mother's side. His father worked as a Head Forester, so he grew up in the publicly-owned Portglenone Forest. His earliest distinct 'public' memories include the death of Elvis and the 1981 Hunger Strikes that shook strife-torn Northern Ireland. Marc went to school at St Louis Grammar, Ballymena, where he discovered the joys of political disputation. He took his undergraduate degree in History (following a mis-step with Law) at Queen's University Belfast. At the same institution Marc took a MA in Irish History, and then wrote a PhD thesis, under the supervision of Dr. Alvin Jackson, on Ulster Unionism in the 1960s. Upon finishing his PhD, Marc wrote a centenary history of Holywell Psychiatric Hospital, County Antrim. In 1998 he left Ireland for Oxford, where he held an Irish Government Post-Doctoral Scholarship. Marc taught, inter alia, for Queen's University Belfast; the Open University; Birkbeck College, London; Bristol University; and Pembroke College, Oxford, before securing a College and University Fellowship attached to St Catherine's College, Oxford, in 2000. In terms of scholarly interest, Marc is bifurcated: Irish history since the Great Famine on the one hand; the history of political thought since the French Revolution, on the other. He is somewhat averse to narrow specialisation, and particularly enjoys the wide scope for teaching across themes and periods afforded by the Oxford system.

In Irish history, I look at the 'national question' (almost inevitably). This has included studies of the Press, of Ulster Unionism, and of the Provisional IRA. I have written a biography of Terence O'Neill, Prime Minister of Northern Ireland from 1963 to 1969. I am also preparing a new large-scale project on Irish History based upon a fresh plunge into archives new to me.

I am currently writing two books. (1) A history of the concept of the 'proletariat' in political thought from the French revolution to the 1930s. (2) A life-story of Emmanuel Barthélemy (1820–1855), an adventurer, revolutionary, and murderer.

In terms of theory, I have written on the salience of class as an interpretative framework for modern history. Somewhat unfashionably, I have argued for a rehabilitation of the Marxist framework, whilst insisting that it has not been well understood hitherto. My work on the History of Political thought focuses less upon high theory, more upon its mid-range grappling with the exigencies of societal conflict. This has produced a recent book covering certain lines of debate from Absolutism to Neo-Conservatism.

Bourgeois Liberty and the Politics of Fear: From Absolutism to Neo-Conservatism (OUP Oxford, October 2012).

Bourgeois Liberty and the Politics of Fear: From Absolutism to Neo-Conservatism (OUP Oxford, October 2012).

In 1842 Heinrich Heine, the German poet, wrote that the bourgeoisie, 'obsessed by a nightmare apprehension of disaster' and 'an instinctive dread of communism', were driven against their better instincts into tolerating absolutist government. Theirs was a 'politics motivated by fear'. Over the next 150 years, the middle classes were repeatedly accused of betraying liberty for fear of 'red revolution'.