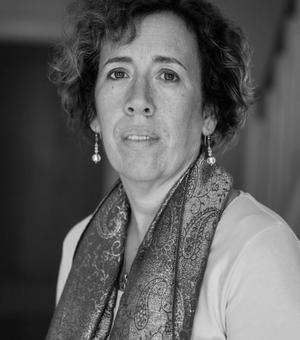 I have been interested in religious history since I was seventeen, when my history teacher lent me her copy of Jack Scarisbrick’s The Reformation and the English People. It was then that I first realized how the study of religion could both pose a radical challenge to accepted views of a particular period, and also offer a way into understanding convictions, loyalties and identities which might otherwise prove elusive. Seeking to understand the disparity between the religious and political narratives constructed by those in authority, and the popular experience of religious change and political engagement remains central to my research interests.

I studied for both my degrees at Magdalen College, Oxford, before lecturing for two years at Queen’s University in Belfast. I was a lecturer at King’s College London between 1995 and 2016 and I joined Lincoln College, Oxford, in October 2016.

My research centres on the Reformation in England, and the intersections between politics, religion and popular culture. My first book argued for the variety and variability within English Catholic thought during the sixteenth century, taking issue with the unexamined assumptions behind the use of the label ‘Catholic’, and with the long-standing categorization of English Catholicism in terms of either medieval survival or recusant intransigence. I argued there, and in subsequent work, that Catholicism between the 1520s and the 1570s was undergoing its own form of reformation, and that the customary polarities used in writing English Reformation history need to be re-evaluated in the light of this. I have continued to work on English Catholicism, particularly during the reign of Mary I, because it is in this aspect of Reformation history that some of the most common misconceptions are most clearly evident. I have long felt sceptical about the religious labels used to claim, codify, and politicize human experiences of faith which were in truth much more fluid and multi-faceted than such classifications would allow. I am also fascinated by the mixture of political expediency, humanist idealism and religious fervour which began the process of Reformation in England, and it was this which led me to research the reign of Henry VIII, and produce a biography of this most alarming and yet deeply interesting ruler. The fluctuations in Henry’s reputation over the last hundred years illustrate very well the changing historical perspectives on both Tudor history in particular, and religious and political history more generally. More recently I have been working on the transmission of religious ideas, through sermons and printed books, but also through visual  and material culture, between the fifteenth and the early seventeenth century. My latest research project looks at the interaction of word, image, memory and emotion in pre-Reformation religious culture, and examines how the relationship between those different elements was recalibrated during the ‘long Reformation’ period. I am also completing a book entitled Tudor England for Yale University Press, which interweaves the political history of the period with some of the most recent insights into social and cultural history.

The best general biography of Henry VIII in nearly half a century: comprehensive in coverage, judicious in analysis, and pleasurable to read. - Peter Marshall, University of Warwick