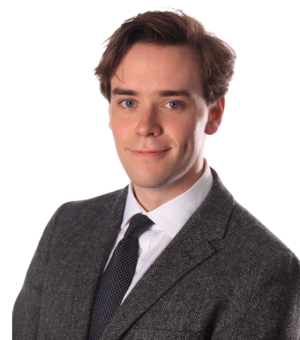 I am an historian of intellectual and religious life in Britain during the nineteenth and earlier twentieth centuries, and particularly seek to understand why cultures of belief change over time. I am especially interested in the histories of historical consciousness and social theory, and in the implications of religious commitment and secularism in these areas of debate. My work situates British developments in European and Atlantic contexts; and I have complementary research interests in modern German intellectual history.

My first monograph, God and Progress: Religion and History in British Intellectual Culture, 1845-1914, reconstructs the close relationship between religion and historical debate in nineteenth-century Britain. Providential and spiritual understandings of time, I argue, underpinned the growing cultural authority of developmental and progressive historicism in Victorian intellectual culture. The conventional centre of British intellectual life, rooted in ancient universities, nonconformist academies, and the higher journalism, connectedly came to understand progress in the history of civilisation as rooted in, and as leading to, the gradual purification of Christianity. A secular counter-culture, meanwhile, insisted that historical progress derived instead from the steady retreat of metaphysics and the advance of scientific method. The book thus restores the centrality of theological debate to its original place at the heart of the Victorian liberal imagination. It also draws out the transformative impact of German Idealism in shaping Victorian understandings of the past.

My new book project seeks to place in context a different, but intimately related story in intellectual history: the rise of social science to a position of far-reaching cultural authority within progressive intellectual culture in Britain, Western Europe, and the United States, between approximately 1870 and 1930. I am interested in exploring the relationship between liberalism and social theory, across transnational intellectual networks, in an age more usually associated with a swing to intellectual and political extremes.  A new generation of advanced intellectuals, disenchanted but still deeply engaged with the metaphysical and historicist fashions of the nineteenth century, sought to develop and institutionalise secular kinds of social theory as alternative ways of solving contemporary moral, social, and international problems. A focus on these thinkers reveals a world of debate about ethics, religion, gender, race, and international order which prepared the way for post-1945 developments.

Alongside this research, I remain interested in the history of nineteenth-century religion and historiography. Among other projects, I am writing chapters for three major collaborative series: The Bloomsbury Cultural History of the Bible; The Oxford History of Modern German Theology; and The Cambridge History of the Papacy.

Exploring the rich relationship between historical thought and religious debate in Victorian culture, this book offers a unique and authoritative account of intellectual change in nineteenth-century Britain. The volume recovers a twofold process in which the growth of progressive ideas of history transformed British Protestant traditions, as religious debate, in turn, profoundly shaped Victorian ideas of history.