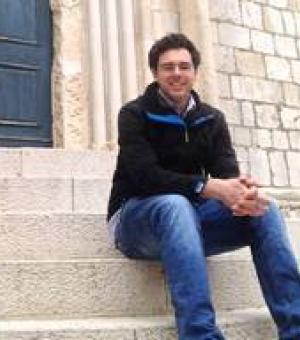 Jonathan Healey works on early-modern British social and economic history. He is a Fellow of Kellogg College and University Lecturer in English Local and Social History at the Oxford University Department of Continuing Education.

Jonathan Healey completed his doctorate at Magdalen College, Oxford in 2008 and since then has held posts at Magdalen, the Universities of Hertfordshire and Cambridge, and St Hilda's College, Oxford. He was a Fellow of St Catherine's College from 2010-12.

In 2012 he was elected to a Fellowship of Kellogg College and a University Lectureship in English Local and Social History at the Oxford University Department of Continuing Education.

He is Course Director for the online Advanced Undergraduate Diploma in Local History and for the Undergraduate Diploma in English Local History. He is also keen to hear from potential Doctoral students working in English social and economic history more generally. His doctoral thesis, on poverty and the early development of social welfare in early-modern Lancashire, was awarded the Thirsk-Feinstein Dissertation Prize for 2008 by the Economic History Society.

His research encompasses several aspects of English social and economic history from the fifteenth to the nineteenth centuries, focusing in particular on the long-term development of the English economy and state, on rural history, and on the history popular politics. He has published on the development, politics and economic context of the Poor Law, on changing social structures in the Lake District, on the epidemics of 1727-30, on the history of famine in England, on the history of common agricultural resources, and on the operation of early modern manorial courts.

His first book, The First Century of Welfare, which looks at the early history of formal poor relief in Lancashire, came out in September 2014. He is currently finishing off work on resistance to the early modern English state, before embarking on a major project about the early (1600-1757) political and social history of the English East India Company in Asia. In the meantime, he is also working on the history of insults and disgust in sixteenth and seventeenth century England.

He is keen to foster a public engagement with social history more generally, particularly the seventeenth century. In 2012 he was picked as one of the winners of BBC Radio 3's New Generation Thinkers competition. His blog, The Social Historian, part scholarship and part satire, can be found here, and you can follow him on Twitter here.