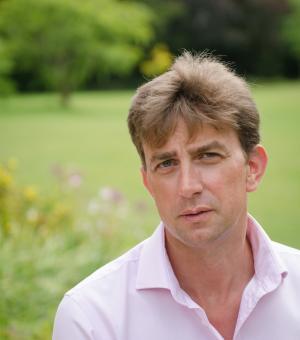 Jon Parkin has an MA in Modern History from the University of Oxford (1991) and a PhD in Intellectual History from the University of  Cambridge (1995). Jon was the Centenary Research Fellow at Selwyn College, Cambridge (1995-1998) and British Academy Post-doctoral Research Fellow in the History Department at King’s College, London (1998-9). He went on to hold the posts of Lecturer and Senior Lecturer in the Department of Politics at the University of York (1999-2012), before returning to St Hugh’s as Fellow and Tutor in Modern History in 2012.

Parkin, J., ‘ Thomas Hobbes and the Problem of Self-Censorship’, in H. Baltussen and P.J. Davis The Art of Veiled Speech (2015). 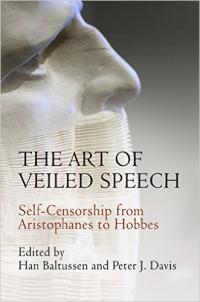 Throughout Western history, there have been those who felt compelled to share a dissenting opinion on public matters, while still hoping to avoid the social, political, and even criminal consequences for exercising free speech. In this collection of fourteen original essays, editors Han Baltussen and Peter J. Davis trace the roots of censorship far beyond its supposed origins in early modern history. Beginning with the ancient Greek concept of parrhesia, and its Roman equivalent libertas, the contributors to The Art of Veiled Speech examine lesser-known texts from historical periods, some famous for setting the benchmark for free speech, such as fifth-century Athens and republican Rome, and others for censorship, such as early imperial and late antique Rome. Medieval attempts to suppress heresy, the Spanish Inquisition, and the writings of Thomas Hobbes during the Reformation are among the examples chosen to illustrate an explicit link of cultural censorship across time, casting new light on a range of issues: Which circumstances and limits on free speech were in play? What did it mean for someone to "speak up" or "speak truth to authority"? Drawing on poetry, history, drama, and moral and political philosophy the volume demonstrates the many ways that writers over the last 2500 years have used wordplay, innuendo, and other forms of veiled speech to conceal their subversive views, anticipating censorship and making efforts to get around it. The Art of Veiled Speech offers new insights into the ingenious methods of self-censorship to express controversial views, revealing that the human voice cannot be easily silenced. Contributors: Pauline Allen, Han Baltussen, Megan Cassidy-Welch, Peter J. Davis, Andrew Hartwig, Gesine Manuwald, Bronwen Neil, Lara O'Sullivan, Jon Parkin, John Penwill, Francois Soyer, Marcus Wilson, Ioannis Ziogas. 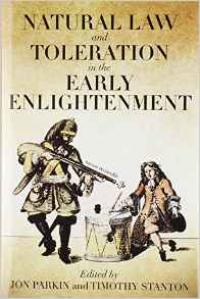 The early enlightenment has been seen as an epoch-making period in the development of modern Europe, marking the beginnings of the transition from a 'religious' to an essentially 'secular' understanding of human relations and generating in the process new accounts of the relationship between religion and politics, in which the idea of toleration figured centrally. In this volume of essays, leading scholars in the field challenge that view and explore the ways in which some of the most important discussions of toleration in the western tradition were shaped by understandings of natural theology and natural law. Far from representing a shift to non-religious ways of thinking about the world, the essays reveal the extent to which early enlightenment discussions of toleration presupposed a world-view in which God-given natural law established the boundaries between church and state and provided the primary point of reference for understanding claims to religious freedom.

The book offers significant new interpretations of the relationship between natural theology and toleration in the works of Samuel Pufendorf, John Locke, G. W. Leibniz, Christian Thomasius, Jean Barbeyrac, and Francis Hutcheson. These interpretations suggest sometimes extensive revisions to contemporary thinking about these works and to the assumptions about the early enlightenment and its role in shaping liberal modernity it embodies. By carefully examining the arguments of these writers in their original contexts, without the interference of modern categories, and by setting those arguments in sequence, this book reveals an important transformation in modern thought, one that is yet continuous with the past and which poses some pointed questions for both the present and the future. 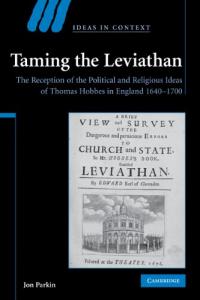 Thomas Hobbes is widely acknowledged as the most important political philosopher to have written in English. Originally published in 2007, Taming the Leviathan is a wide-ranging study of the English reception of Hobbes's ideas. In the first book-length treatment of the topic for over forty years, Jon Parkin follows the fate of Hobbes's texts (particularly Leviathan) and the development of his controversial reputation during the seventeenth century, revealing the stakes in the critical discussion of the philosopher and his ideas. Revising the traditional view that Hobbes was simply rejected by his contemporaries, Parkin demonstrates that Hobbes's work was too useful for them to ignore, but too radical to leave unchallenged. His texts therefore had to be controlled, their lessons absorbed and their author discredited. In other words the Leviathan had to be tamed. Taming the Leviathan significantly revised our understanding of the role of Hobbes and Hobbism in seventeenth-century England.

I would like to hear from potential DPhil students regarding: Early modern intellectual history and the History of Political Thought.