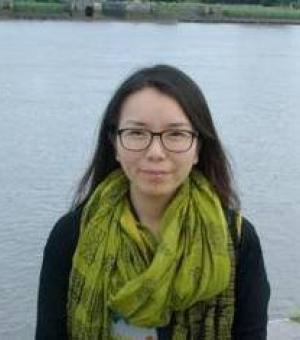 Research Associate
Centre for the History of Science, Medicine, and Technology, Faculty of History
01865 (2)74610
jeong-ran.kim@history.ox.ac.uk

I am a research associate. Prior to that I was a research fellow at Kobe University, from which I obtained my doctorate in history. I have worked extensively on the history of disease and public health in pre-colonial and colonial Korea and the Japanese Empire more broadly. I am currently working on malaria in the Japanese empire as part of a Wellcome Trust Investigator’s Award, ‘Invisible crises neglected histories: Malaria in Asia, 1900-present’. From October 2021, I will start to research a new subject as part of the project 'Medicine and Conflict, c.1945-c.1980: The United Kingdom and the "Savage Wars of Peace"' which is funded by the AHRC. I will examine military medicine and public health, including United Nations’ civilian aid activities, during the Korean War (1950-53).

My research interests span the history of health, disease and medicine in the Japanese Empire from the late nineteenth to the early twentieth centuries. Currently, I am researching the history of malaria in the Japanese Empire. The research sites are the Korean peninsula, Manchuria and battlefields during the Second World War. This research forms part of a Wellcome Trust Investigator Award, ‘Invisible crises neglected histories: Malaria in Asia, 1900-present’ supervised by Professor Mark Harrison. This is an interdisciplinary project and the research collaborators are prominent scientists and policy-makers, including international organisations such as the WHO.

Soon, I will start a new research which examines disease and health issues in the Korean peninsula after 1945. This research will be divided into two parts. First, I will research medical systems and public health in South and North Korea since the partition. The Korean peninsula was at the forefront of competition between the US and the Soviets in the formative period of the Cold War. The two superpowers confronted each other along the 38th parallel and had to demonstrate their superiority and benevolence. Medicine and public health were considered useful in this respect, in much the same way as they were seen by colonial powers, most of which used them in their propaganda. However, public health measures in the two Koreas must also be seen in the light of a wider geopolitical and ideological struggle between the two super-powers, which was becoming more intense. The second topic that I propose to examine is military medicine and public health, including United Nations’ civilian aid activities during the Korean War (1950-53). The Korean War has been described as a “forgotten war” and its medical aspects have been badly neglected. My research will focus on certain aspects of medical activities and evacuation on both sides – the South Korean Army and the United Nations Forces and the North Korean military, supported by the Soviet Union and China. This research will clarify a dimension of post-1945 campaigns that remains largely unknown and contribute to the academic development of military medicine as disciplinary studies.

This article considers the problem of malaria in the Korean peninsula from 1876 to 1945, focusing particularly on the impact of Japanese colonial rule. One aspect which receives special attention is malaria in urban contexts. The relationship between malaria and urbanisation is shown to be extremely complex, fluctuating regardless of specific interventions against the disease.

I am interested in supervising students who are working on history of medicine in the Japanese Empire as well as modern Korean and Japanese history.