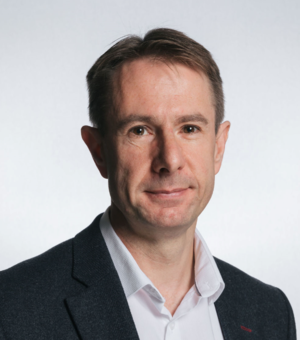 My research addresses several related thematic and geographical fields, mainly in the period since c. 1700: the modern and contemporary Mediterranean; Middle Eastern, African and Islamic history, especially Algeria, Tunisia, and Morocco, but also the history of European imperialism in the Arab world, modern Arab intellectual and political history, and the global history of Islam since c.1700; the French colonial empire in Africa; the Sahara; nationalism and revolutionary movements in Asia and Africa; comparative imperial history; historiography and critical theory.

My research interests are in Mediterranean, Middle Eastern, African, and modern Islamic history, especially modern and contemporary North Africa; and modern France and the French colonial empire (18th-20th cents.). My first work focused on the intersection of Islamic modernism and nationalist politics in colonial Algeria, and I continue to work on colonial and contemporary North African, and especially Algerian, history and politics. I also have a broader interest in the social, political, and intellectual history of the Arab world, and especially in Arabic/Islamic conceptions of history. Since 2008, I have been involved in a series of workshops on Arabic historiography, 'Arabic Pasts', organised in partnership with colleagues at SOAS and the Aga Khan University-Institute for the Study of Muslim Civilisations, London. My current research is divided between two projects, one on 'the everyday life of colonialism' and the aftereffects of empire in France and Africa, and another on the global history of Islam since the eighteenth century. I am also interested in historical methodology, the intersections of history and critical theory, and comparative historiography. I have been involved in several international research networks, on 'Repression and Control in the Colonial World' (IHTP, Paris), 'Reform and the State in the Muslim Mediterranean, 19th-20th centuries' (IRMC, Tunis), 'Tradition in the Present' (KCL), and 'Reimagining Democracy in the Mediterranean, 1750-1860' (Oxford).

A History of Algeria (Cambridge, Cambridge UP, 2017)

A History of Algeria (Cambridge, Cambridge UP, 2017)

Covering a period of five hundred years, from the arrival of the Ottomans to the aftermath of the Arab uprisings, James McDougall presents an expansive new account of the modern history of Africa's largest country. Drawing on substantial new scholarship and over a decade of research, McDougall places Algerian society at the centre of the story, tracing the continuities and the resilience of Algeria's people and their cultures through the dramatic changes and crises that have marked the country.

History and the Culture of Nationalism in Algeria (Cambridge Middle East Studies, March 2009)

History and the Culture of Nationalism in Algeria (Cambridge Middle East Studies, March 2009)

Colonialism denied Algeria its own history; nationalism reinvented it. James McDougall charts the creation of that history through colonialism to independence, exploring the struggle to define Algeria's past and determine the meaning of its nationhood. Through local histories, he analyses the relationship between history, Islamic culture and nationalism in Algeria. He confronts prevailing notions that nationalism emancipated Algerian history, and that Algeria's past has somehow determined its present, violence breeding violence, tragedy repeating itself.

The media battle of Algiers | The Listening Post (Full)

The media battle of Algiers | The Listening Post (Full)

My doctoral students have worked on a range of topics including medicine and humanitarianism during the Algerian war of independence; social and gender justice-based readings of the Qur'an; the history of the nationalist right in Turkey; the end of the British empire in the Arabian Gulf; contemporary critical thought in North Africa; the history of the Muslim Brotherhood in Egypt since 1973; historiography and history teaching in mandate Palestine; the cultural and political history of news and communications technology in colonial Algeria, and social memory in contemporary Algeria. I am always happy to hear from potential DPhil and Masters students interested in topics relating to the modern and contemporary Middle East, Africa, France and the French empire, nationalism, imperialism, or Islamic history since 1700.

I would like to hear from potential DPhil students  or any potential Masters students looking at Modern and contemporary Middle East, Africa, France and French empire, nationalism, imperialism, Islam.