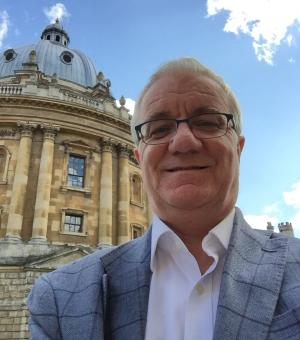 Dr Ian Archer has published on the social and political history of early modern London. He has recently completed in collaboration with Dr Paulina Kewes and Dr Felicity Heal The Oxford Handbook to Holinshed, but will be returning to metropolitan themes with a new book on London 1550-1700 for Oxford University Press. For ten years he was the Academic Editor of what is now the Bibliography of British and Irish History, a key bibliographic resource, and he also serves as Literary Director of the Royal Historical Society. He is willing to supervise postgraduates on early modern social and cultural history, and on later sixteenth century political history.

I have researched mainly on various aspects of early modern London, exploring issues such as social welfare, crime, popular politics, taxation, relations with the state. More recently I have turned to cultural aspects, working on Londoners’ sense of their past, and this led me into a major collaborative project on Holinshed’s Chronicles, which resulted in a parallel text electronic edition (http://www.cems.ox.ac.uk/holinshed/) and, and interdisciplinary volume of essays, The Oxford Handbook of Holinshed’s Chronicles (Oxford: Oxford University Press, 2013), co-edited with Felicity Heal and Paulina Kewes.  I have articles in preparation on royal entries and lord mayor’s shows. I have edited various texts relating to early modern London, including most recently a perambulation of the city by a French speaker, The Singularities of London, 1578 (London: London Topographical Society, 2014). My current ‘big project’ is a book on London, 1550-1700, covering all aspects of the city’s remarkable transformation from being a satellite city on the fringes of Europe to a global city.

This work engages in the historical debate about the reasons for London's freedom from serious unrest in the later sixteenth century, when the city's rulers faced mounting problems caused by rapid population growth, spiralling prices, impoverishment and crime. One key to the city's stability was that Londoners were locked into a matrix of overlapping communities, the livery companies, wards and parishes, all of which created claims on their loyalties and gave them a framework within which redress of grievances could be pursued.

I would like to hear from potential DPhil students regarding any of my research interests.