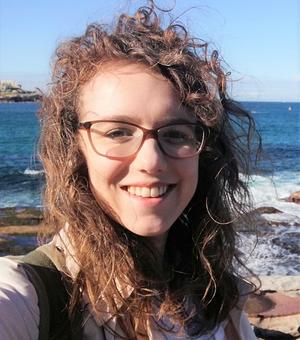 I am a historian of political culture, education and childhood in modern Britain. My PhD explored schoolgirls' political socialisation in the decades before women's suffrage. It highlighted girls' active participation in parliamentary, electoral, imperial, and suffrage politics at the turn of the twentieth century. At the same time as political parties began to mobilise women, I argued, another transformation in the gendering of politics was taking place among children and adolescents at school. I am currently writing a monograph based on my doctoral research. Playing Parliament: Schoolgirls and Politics in England, 1870-1914 will offer a new history of the path to equal suffrage, using the histories of childhood and education to reshape our understanding of political participation during the nation's transition to democracy. I am also starting work on a new project tracing the history of youth democracy in Britain since 1928, in school councils, local authority youth councils and youth parliaments.

I am interested in what the histories of childhood and youth can tell us about political continuity and change in modern Britain. Inspired by recent scholarship on the social history of schooling, my PhD demonstrated how the flexibility of the school curriculum created space for civic-minded teachers to introduce their pupils to political ideas in creative ways. Schools were not isolated from the outside world: schoolgirls processed news of political events in the classroom, discussed political issues in the debating chamber, interacted with the material culture of politics and empire at school and incorporated political themes into their peer cultures and play. My thesis examined how working and middle-class schoolgirls learnt political knowledge and practised political skills in the classroom as the drive for more effective political instruction and progressive educational ideals converged. Through embodied democratic instruction like debating societies, mock parliaments and elections, visits to parliament and imperial pageantry, schools gave girls and their teachers a stake in the constitution before partial suffrage. This helps to explain how the first women voters were assimilated into the existing political and party systems after 1918. In a period of social and political upheaval when ideas about childhood and gender were in flux and Britain reimagined itself as a democracy, educational institutions were crucial to the political stability that emerged.

This research raises important questions about how educational initiatives created new forms of political subjectivity, which I will explore in my new book project on youth democracy since 1928. This seeks to put current debates about the 'crisis of democracy' and lowering the voting age in their historical context. We need to understand how age-based ideas about political competence have been used to construct and gatekeep democratic spaces over the last century. Recent historical research has broadened the picture of adult political culture in modern Britain beyond political parties, to NGOs and civil society. My project will argue that young people’s democratic institutions and political subjectivities were just as integral to this diverse political landscape. Bringing youth democracy at school into dialogue with similar initiatives elsewhere, the project adds a crucial political dimension to a growing scholarship mobilising educational histories in studies of social and cultural change. Drawing on a growing historiography of international youth organisations that created ‘global citizens’, it will consider what a British history of an international phenomenon can tell us about Britain’s racial politics, changing relationship with Europe, and evolving place in world politics.