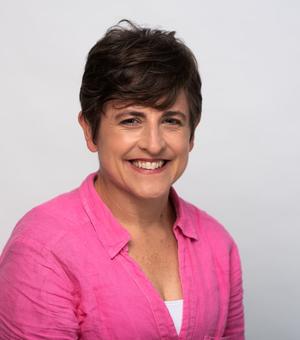 Fellow and Tutor in Medieval History
Balliol and Brasenose
01865 277781
helen.gittos@history.ox.ac.uk

I studied English Literature at Newcastle University and then came to Oxford as a graduate student in early medieval history. I took up my current post after ten happy years teaching at the University of Kent.

I am particularly interested in the history of the church and its rituals in the Middle Ages, and I am as keen on buildings, objects and archaeological evidence as on written texts. My first book was Liturgy, Architecture and Sacred Places in Anglo-Saxon England (2013); I have also co-edited two collections of essays on the topic: The Liturgy of the Late Anglo-Saxon Church (2005) and Understanding Medieval Liturgy (2015). A second strand of my research is about language, and in particular the role and status of English in relation to Latin; with Alban Gautier I co-edited Vernacular Languages in the Long Ninth Century (2021) and I am currently writing a book, English in the Liturgy before the Reformation. I have also been working on aspects of the conversion of the Anglo-Saxons to Christianity and the history of the sixth and seventh centuries in Britain. I welcome applications from graduate students wanting to work on related topics. 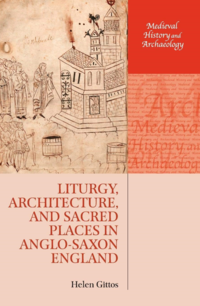 My research has focused on using liturgical sources as a rich vein of evidence for many aspects of the social, cultural and religious history of the early Middle Ages. My first book, Liturgy, Architecture and Sacred Places in Anglo-Saxon England (2013), revealed, for example, how important outdoor processions were in peoples’ religious lives, how visible the liturgy was in the landscape, and the extent to which Anglo-Saxon bishops repeatedly revised rituals as part of their efforts to gain control over popular religious fervour and to enforce payments of taxation. I have also worked on the origins of rites for consecrating Christian cemeteries, evidence for the liturgy of Canterbury Cathedral in the early and central Middle Ages and, more recently, on rituals associated with death and burial and how archaeological evidence can sometimes provide clues to local liturgical practices.

A second strand of my research is about language. I’ve written about the use of Old English in liturgical contexts and also on the audience for Old English texts. I am currently writing a book, English in the Liturgy before the Reformation. In this, I argue that English was used in the liturgy throughout the Middle Ages contrary to the conventional view that Christian rituals were celebrated exclusively in Latin until the Reformation. I have been awarded a Leverhulme Trust Research Fellowship for the calendar year 2021 to help to complete this project.

Recently, I’ve been thinking more about archaeological topics, the conversion of people in eastern Britain to Christianity, and the history of the sixth and seventh centuries and I have a forthcoming article on ‘Sutton Hoo and Syria: The Anglo-Saxons who Served in the Byzantine Army’, English Historical Review.

I have long been interested in places and the evidence for past people in the landscape. In connection with this, I am developing a research project on the parish of Cerne Abbas, Dorset. This includes a forthcoming article on ‘Cerne Abbas in its Early Medieval Context’ (co-written with Tom Morcom) and a project on ‘Cerne Abbas from Ealdorman’s Estate to Medieval Monastery’ with Hugh Willmott and Michael Shapland.

I enjoy working collaboratively and learnt a great deal from an AHRC International Research Network that I led with Sarah Hamilton, from which came Understanding Medieval Liturgy (2016). Currently I am one of the co-investigators on Worked in Stone, an AHRC project to complete the Corpus of Anglo-Saxon Stone Sculpture, and on the advisory board for Fontes Anglo-Saxonici. I am also a convenor of the Institute of Historical Research seminar on the History of Liturgy and helped set up Oxford’s Early Medieval Britain and Ireland Network.

This book provides an introduction to current work and new directions in the study of medieval liturgy. It focuses primarily on so-called occasional rituals such as burial, church consecration, exorcism and excommunication rather than on the Mass and Office. Recent research on such rites challenges many established ideas, especially about the extent to which they differed from place to place and over time, and how the surviving evidence should be interpreted.

The curious tale of an Anglo-Saxon giant

The curious tale of an Anglo-Saxon giant

I welcome applications from DPhil and Masters students wanting to work on early medieval history and church history more broadly.