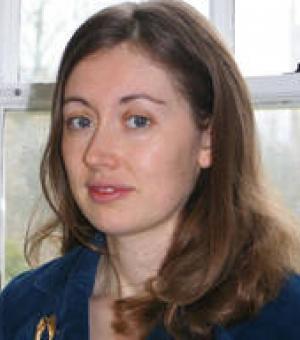 I am a Tutor and Fellow of St. Hilda's College, Oxford and Associate Professor in Early Modern British History. I specialise in British political and cultural history between 1660 and 1760.

Before arriving at St. Hilda’s in 2006, I studied at Newnham College, Cambridge, taught at Christ’s College, Cambridge, and was an RCUK Academic Fellow at the University of Hull. I was awarded a Philip Leverhulme Prize in 2008. I work on Britain in the period 1660 to 1760 and, in particular, politics, culture and gender. I have recently completed a book about politics and the British army from 1660 to 1750 and I have co-edited Civilians and War in Europe 1618-1815 (Liverpool University Press, 2012, paperback edition 2014), with Erica Charters and Eve Rosenhaft. My first book was Georgian Monarchy: Politics and Culture 1714-1760 (Cambridge University Press, 2006, paperback edition 2009), and I continue to research eighteenth-century court culture through co-editing a new edition of Lord Hervey's Memoirs of the Reign of King George II for Oxford University Press. My interest in gender history is reflected in my work on early modern writers Mary Astell, Judith Drake and Susanna Centlivre, a volume of essays, Religion and Women in Britain, 1660 to 1760 (Ashgate, 2014), co-edited with Sarah Apetrei, and research on eighteenth-century aristocratic libertinism. I am currently working on a project about equestrianism in Britain between circa 1880 and 1960.

The essays contained in this volume examine the particular religious experiences of women within a remarkably vibrant and formative era in British religious history. Scholars from the disciplines of history, literary studies and theology assess women's contributions to renewal, change and reform; and consider the ways in which women negotiated institutional and intellectual boundaries.

I would like to hear from potential DPhil students regarding British political, cultural, gender and miltary history, circa 1660-1760.