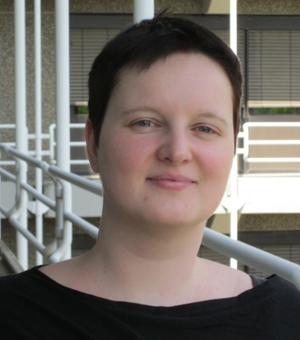 My research revolves around the question of political community in early modern Northern Europe, that is on the British Isles and in Scandinavia as well as in the Baltic area. In particular, I am trying to understand how power and authority worked, and which elements were important in creating a political community and identity. My work is much inspired by recent approaches from cultural history as well as from political thought – politics were and are man-made, and therefore it matters what people think and experience, be it political or legal discussions in parliaments, economic restraints, cultural experiences, family obligations, or religious insights.

I am also curious about different approaches to political culture and to history in general. Thus, I am thinking about historical methods and theories, philosophy of history, and narratological approaches to historical questions, too.

My research focus is mostly on sixteenth- and seventeenth century Northern Europe, i.e. the British Isles, Scandinavia, the Baltic region, Northern Germany, and the Netherlands, but it is also my understanding that the history of these centuries cannot be understood without considering the developments at least since ca. 1300. Therefore, my interests include late medieval political and cultural history, and especially long-term influences to these political communities. Aside from looking across periodical borders, I also enjoy crossing disciplinary borders. My curiosity for other disciplines, especially the literary studies, e.g., led to my research on the English Bill of Rights (1689), and the narratological analysis of this key document of the English constitution as well as an engagement in an academic network of historians and literary scholars.

In my dissertation, Depositions of monarchs in early modern Northern Europe, I examined eight case studies (Jane Grey, Charles I, James II/VII, Mary I, Christian II, John II, Eric XIV, and Sigismund), and I addressed how ideas and practices of authority (Herrschaft) were applied in times of crisis. By using methods from cultural history and history of political thought as well as comparative history, I illuminated the characteristic similarities and differences between deposition events, showing what was specific to Protestant Northern Europe, i.e. Britain and Scandinavia. My research demonstrates that the deposition of monarchs was essential in the early modern state-building processes, and places these events in the context of contemporary discussions on Herrschaft (authority, power, rule, government) rather than merely analysing them as singular events in the national context. The close look at depositions at a specific form of political conflict highlighted the role ideas of political consensus played in early modern societies, which, in times of crisis, also superseded religious ideas of divine right of monarchs. Thinking about and working on several aspects coming from this research originally keeps me still occupied: state formation, political thought regarding right of resistance, and rulership are still strong topics in my research, and several upcoming publications will discuss these topics.

Other projects during my time as doctoral student or afterwards included an edited volume on cultural transfer in which I discussed the topos of providence and its change from a religious to a political term, another edited volume on nineteenth- and twentieth-century monarchy and their interdependence with national(istic) ideas, as well as several book chapters and journal articles on political culture and depositions. Most recently, I edited a book on the Financial and Political Influence of Women at Premodern Royal Courts (forthcoming) which emphasized the surprisingly strong financial agency premodern women could have; and not just the queens! 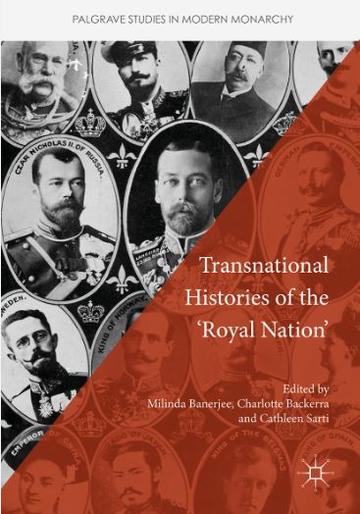 This book challenges existing accounts of the nineteenth and twentieth centuries in which political developments are explained in terms of the rise of the nation-state. While monarchies are often portrayed as old-fashioned – as things of the past – we argue that modern monarchies have been at the centre of nation-construction in many parts of the world. Today, roughly a quarter of states define themselves as monarchies as well as nation-states – they are Royal Nations. This is a global phenomenon. This volume interrogates the relationship between royals and ‘their’ nations with transnational case studies from Asia, Africa, Europe as well as South America. The seventeen contributors discuss concepts and structures, visual and performative representations, and memory cultures of modern monarchies in relation to rising nationalist movements. This book thereby analyses the worldwide significance of the Royal Nation.