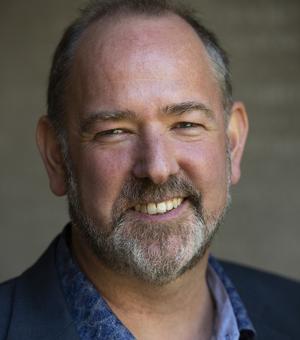 I'm a social and cultural historian of modern Western Europe (c.1760-c.1914). I work with oral and popular cultural sources - the kind of material left by people who are otherwise underrepresented in the archive. My first monograph Soldier and Peasant in French Popular Culture 1766-1870 (Gladstone Prize 2002) concentrated on popular prints; my second Voices of the People in Nineteenth-Century France (Katharine Briggs Award 2012) used sources such as ballads, folktales and riddles to reconstruct social interactions. I've also written on the history of the human sciences – how nineteenth-century folklorists, anthropologists and philologists tried to make sense of the relationship between society and culture. I used to edit the journal Cultural and Social History and the Manchester University Press series Studies in Modern French and Francophone History. I am currently working on a book about European lacemakers: for more on this project visit the website Lace in Context.

I research the social and cultural history of the labouring populations of modern Europe (18th to 20th centuries), the poor, the illiterate, the vagabond. I focus on Western Europe, especially France and the Low Countries. My particular specialism is oral and popular culture (songs, tales, legends, riddles…). I explore historical communities through the stories that they told to and about themselves.

My first book, Soldier and Peasant in French Popular Culture (2002), examined the relationship between rural communities and the army, as displayed through popular prints, conscription rituals, songs and stories. It was awarded the Royal Historical Society's Gladstone Prize. A continuing interest in war and the collective culture of soldiers led to a project and several publications with two colleagues in France, Yann Lagadec and Stéphane Perréon, on Brittany’s experience of the second hundred years’ war (1688-1815) with Britain.

More recently I have concentrated on other social groups, such as peasants, fishermen, domestic servants and home workers. Their cultures, expressed through oral traditions, were the subject of my second monograph Voices of the People in Nineteenth-Century France. This won the Folklore Society’s Katharine Briggs Award in 2012.

I am currently writing a book on the working lives of lacemakers in France, England and the Low Countries, the result of a Leverhulme Research Fellowship in 2016-17. Lacemakers across the continent share elements of a common work culture, expressed through their rituals, songs and tools.  Aspects of lacemakers’ traditions are explored on the website Lace in Context, which I run with Dr Nicolette Makovicky.

Necessarily oral cultures can only endure through performance, but those performances draw on existing traditions.  There is a relationship between the present and the past through which one can explore how societies thought about their own history. For example, I worked with Éva Guillorel (Université Rennes 2) on how memories of Early Modern revolts in Europe were maintained in succeeding generations, particularly through song.  This Agence nationale de Recherche project resulted in an edited collection Rhythms of Revolt: European Traditions and Memories of Social Conflict in Oral Culture (Routledge 2019, translated into French as Traditions orales et mémoires sociales des révoltes en Europe, XVe-XIXe siècle).  Within this wider topic I am currently working on a particular theme: how rural societies remembered feudalism and its abolition around the time of the French Revolution, and how those historical traditions affected social and political practices in following centuries.

Because I work with oral and popular culture, I have to be interested in how these sources came to be preserved, and thus in the history of folklore and anthropology. One fruit of this was the edited volume (with Tim Baycroft) on Folklore and Nationalism in Europe during the Long Nineteenth Century. I collaborate with European colleagues on this topic, especially with the Centre de recherche bretonne et celtique ‘collection collecteurs’ and the BEROSE International Encyclopaedia of the Histories of Anthropology.

The culture of insurgents in early modern Europe was primarily an oral one; memories of social conflicts in the communities affected were passed on through oral forms such as songs and legends. This popular history continued to influence political choices and actions through and after the early modern period. The chapters in this book examine numerous examples from across Europe of how memories of revolt were perpetuated in oral cultures, and they analyse how traditions were used.

Voices of the People in Nineteenth-Century France (Cambridge University Press, 2012)

Voices of the People in Nineteenth-Century France (Cambridge University Press, 2012)

This innovative study of the lives of ordinary people – peasants, fishermen, textile workers – in nineteenth-century France demonstrates how folklore collections can be used to shed new light on the socially marginalized. David Hopkin explores the ways in which people used traditional genres such as stories, songs and riddles to highlight problems in their daily lives and give vent to their desires without undermining the two key institutions of their social world – the family and the community.

Folklore and Nationalism in Europe during the Long Nineteenth Century

Folklore and Nationalism in Europe during the Long Nineteenth Century

The growth of nations, national ideologies and the accompanying quest for the authentic among the people has been a subject of enquiry for many disciplines. Building upon wide-ranging scholarship, this interdisciplinary study seeks to analyse the place of folklore in the long nineteenth century throughout Europe as an important symbol in the growth and development of nations and nationalism, and in particular to see how combining perspectives from History, Literary Studies, Music and Architecture can help provide enhanced and refreshing perspectives on the complex process of nation-building.

evolutionary France gave the modern world the concept of the "nation-in-arms", a potent combination of nationalism, militarism and republicanism embodied in the figure of the conscript. But it was not a concept shared by those most affected by conscription, the peasantry, who regarded the soldier as representative of an entirely different way of life. Concentrating on the militarised borderlands of eastern France, this book examines the disjuncture between the patriotic expectations of elites and the sentiments expressed in popular songs, folktales and imagery.