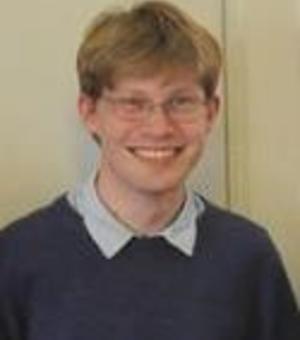 I'm a second-year DPhil student, working on how obedience to claims of sovereignty was conceptualised in the Empire and Papacy in this period - in short, why people chose do what they were told. This period sees a sequence of dramatic events in the histories of both institutions: the deposition of Adolf of Nassau, the abdication of Celestine V, the clash between Philip IV and Boniface VIII, and the Papacy's relocation to Avignon, the journey to Rome of Henry VII and Ludwig IV, Ludwig's subsequent excommunication and his alliance with the dissident members within the Franciscan Order. I'm interested in how this turbulence was received, and how people continued to justify their obedience to authorities which claimed sovereignty over them with little evidence that they were in a position to enforce it.

Though many of the political tracts which make up the majority of my source material are Latin, like those written by William of Ockham and Alvarus Pelagius, my research is also focused on the intersection of vernacular (especially Middle High German and Italian) and Latin literary material, looking at writers such as Heinrich Frauenlob and Lupold of Bebenburg, as well as Dante and Petrarch.

Aside from the subject of my doctoral research, I am involved in the Teaching the Codex project on palaeographic practices. More generally, I am interested in the history of the medieval Empire, and twelfth- and thirteenth-century intellectual history, especially in the presence of Stoicism during that period.

Together with other DPhil students Audrey Southgate (English) and Henry Tann (History), I organise the Medieval Book Club, a reading group for undergraduates and graduates which meets on Tuesdays during term time at 15:30 at Merton College.