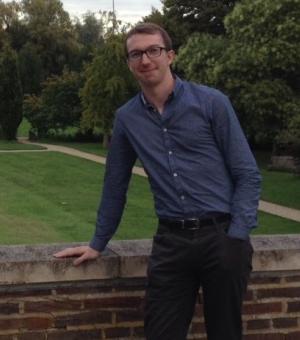 My research is on modern politics and ideas, c. 1750-1920. It focuses on British political and policy debates, and their international and inter-imperial intellectual contexts. It also deals, more broadly, with the history of political and social thought. I have particular interests in the political ideas of liberalism, ideologies of empire, and exchanges across the Atlantic.

My teaching covers modern British and European history; imperial and global history; and historiography and historical methodology. I also supervise undergraduate and postgraduate dissertations on the history of modern Britain, and on its international and imperial relations.

My research centres on the interfaces between politics and ideas in nineteenth-century Britain. It has focused, in particular, on imperial and international visions, philosophies, and critiques. Through these lenses, it aims to rethink specific problems about the structures that shaped the strategies of the political classes, and general ones about the interactions between practical politics, political argument, and elaborated political thought. In the process, it connects British political and intellectual history with wider, cross-national historiographies.

My work has two main strands. The first interrogates the ideological disputes created by British imperial and foreign policy, and examines how exchanges with other states and empires affected patterns of thinking about government, society, law, and history. Understanding the dynamics involved, I argue, means casting a wide geographical net, and my published articles and chapters range from northern Borneo, to French Algeria, to Habsburg Austria, to post-revolutionary Spanish America, and beyond. The other strand of my work explores related themes from a more conventional history of political thought perspective, dealing with developed ideas about despotism, republicanism, and the science of international politics. Much of my writing is harmonised by a focus on Liberals and the political strategies of British Liberalism, but I have published also on Conservatives, Radicals, and the politically uncategorisable. In other research, I examine the construction of modern European political and intellectual traditions, and explore debates about historical methodology and theory.

I am finishing a book called Rethinking Empire: English Liberalism and Imperial Government, 1820-1860, which reconstructs the intellectual and political history of a series of seminal early Victorian debates about Britain's machinery of imperial rule, and their overlooked place in the formation of British Liberalism and the Liberal Party. My next monograph will be a study of the interpretation of Latin American politics and society in Britain and Ireland, c. 1820-1920, which will argue that Latin America impacted far more powerfully than historians have realised on most of the nineteenth century’s headline debates about government. There is a rapid overview of some of the issues involved here. After that, I hope to write a large-scale study of empires and the Liberal mind in Britain, 1850-1900, building on some already published essays on foreign empires in later-Victorian thought.