This research project sought to provide a new perspective on the history of a period of crucial importance to China and the wider world, a history that for the first time fully integrated the evidence of material culture with the enormous textual record.  The years 1400 to 1450 saw the creation or consolidation of many of the cultural, social and political themes which were to dominate China’s history from then on. These include developments as fundamental as the definitive decision to place the political capital in the north, while the south-central region became economically dominant (a dichotomy which still pertains today).  The early Ming period defines contemporary Chinese conceptions of their own history, and China’s relations to the rest of the world.  Understanding that history is crucial, if policy makers and a wider public are to comprehend China’s self-image, which is a key shaper of its current and future actions on the world stage. In contemporary China the period 1400-1450 is popularly regarded as a golden age of international engagement and a model for modern China. 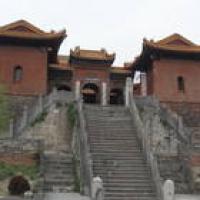 The imperial court of China in the early Ming enjoyed an unprecedented range of contacts with other courts of Asia (the Timurids in Iran and Central Asia, the Ashikaga in Japan, Joseon Korea) but also with Bengal, with Sri Lanka, with Africa, and even with the heart of the Islamic world in Mecca. By researching early Ming China's courts, their cultural, military and religious activities, and foreign interaction, the project  presented a new history of this period. At the same time, the project sought to stress diversity within the Ming Empire itself, and the idea that it is multiple courts, and not one single, monolithic, imperial court, which are important in this period.  Here, the recent spectacular gains of archaeology, in revealing the culture of the regional princely courts of the early Ming, enables art and material culture to significantly alter our view of the period.

Key to the presentation of this new history was a major exhibition which was held at the British Museum from 18 September 2014 to 5 January 2015, displaying art and material culture of the period drawn from museums in China, Europe and the United States. The exhibition 'Ming; 50 Years that Changed China', with its accompanying book, as well as a major international academic conference (9-11 October 2014) and edited volume of conference proceedings has disseminated this research to a wide range of audiences.

This project was led by two Ming specialists, Jessica Harrison-Hall of the British Museum and Professor Craig Clunas of Oxford University and was supported by the Arts and Humanities Research Council. Its new research as presented in the exhibition 'Ming; 50 Years that Changed China' brought innovative understandings of a key period of Chinese history to both academic and popular audiences.