Mark turned up to such things out of a sense of duty, of course. He was an assiduous attender of faculty funerals, and I will always be grateful to him for his kindness last year, when one of our students suddenly and tragically died. Mark came to a hastily-arranged memorial service in college and later drove through the depths of winter to join me at the funeral. He came to that – as he went to other such services – because he had a strong sense of what was right and proper, and, more than that, because he really cared.

But he also often went to church for the sheer fun of it. For the stories gained, the people encountered. For the chance to stand at the front and sing more lustily and loudly than anyone else. Christianity, in his great work The Making of Orthodox Byzantium, may not – as Gibbon would have had it – a great corrosive of society, but rather, in Mark’s words, ‘a useful morale booster’. And what was true in his books was also true of his life.

All this could inspire wonderful flights of fancy. I well remember an elaborate and not unconvincing plan to augment the endowment of St Peter’s by the acquisition of relics, the sedulous promotion of a cult, the energetic promotion of pilgrimages, and the subsequent issuing of expensive indulgences. Given the state of university pensions, this seems to me an idea that might well have found its time. 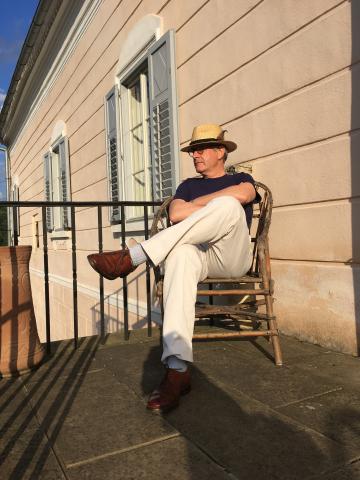 Above all, just like this service, where we see them in readings, the blessings, the prayers, and – at some length – in the hymns, Mark’s life was unusually full of saints. Saints, as an obituarist pointed out, had multiple uses. They could provoke students, with the life St Fluffwater the Obscure used in a thousand tutorials to illuminate the medieval world. Or they could outrage the duller, more secular, more po-faced of our colleagues, who objected to Mark’s invariable habit of heading minutes with reference to the more obscure saints whose feasts fell on the day of the meeting.

Mark loved figures like St Symeon the Fool or St Lazaros of Galesion, about whom he wrote much. He loved their Lives and the lovely details they contained, not least the fact that St Lazaros had to be defended from the accusation that he mitigated his fasting by an extra full communion cup.

And there were, of course, good historical reasons for Mark to surround himself with saints. The Lives of the saints were often the only available sources Mark could use, for although frequently and frustratingly formulaic, they could, with work, prove sharply revealing – as he showed in a series of articles as well as his book. In Mark’s hands even the Life of St Thekla – ‘essentially a work of fiction’, as he put it – could be useful; even the fact that St Andrew the Fool ‘almost certainly never existed’ didn’t stop his hagiography from telling us about the world in which he was believed to have lived.

Now it’s true to say that Mark’s interest in saints often seemed like an attraction of real opposites. Think of St Lazaros, for instance: a stylite; an ascetic; a man, as Mark described him, who stank, whose ribs showed, whose torn rags revealed a hair shirt infested with worms. This is all a far cry from the dapper, bowtie- and trilby-wearing Mark; a man who insisted at his installation as proctor on using the  real fur hood because it was likely to prove his one experience of being required to wear ermine.

Indeed, even less obviously off-putting saints can seem Mark’s diametric opposites. As Neil McLynn observed in his wonderful, touching, on-line tribute, Mark’s whole career can in a sense be seen as a self-conscious contrast with that of St Theodore of Sykeon: a man elected bishop because of his evident piety, but who proved – very much unlike Mark – ‘not a good chairman’.

The examples can be mounted up still further, for Mark’s model of sanctity was very clear, and set out in his book. Saints, he wrote, all shared ‘an exemplary childhood’, followed by a period of ‘withdrawal from the world and isolated ascetic endurance’, before returning ‘having subdued all earthly passions and bodily desires.’ None of this, I think it’s fair to say, sounds very much like Mark.

And yet. And yet. There are hints here and there in Mark’s own work that some of these saints – even some of the stranger saints – were not, in the end, quite so different, quite so alien, quite so unlike Mark as one might at first expect.

Take St Lazaros, the stinking stylite, for instance. He may have been disgusting, dishevelled, and without firm views on the best way to brew coffee; but Mark’s description of him is nevertheless uncannily autobiographical in parts. St Lazaros, he writes, owed his achievements to three factors, ‘arguably, in this order of importance.’ First, the support of family and kin; second, personal charisma; and third, the backing of the metropolitan bishop of Ephesos. 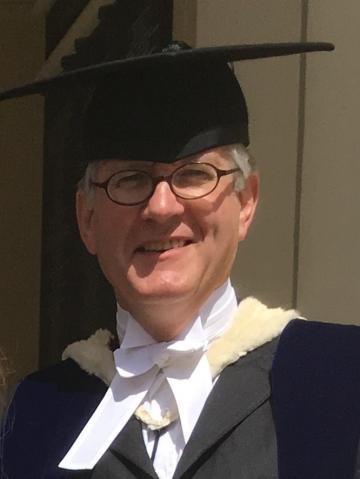 Well two out of three ain’t bad. Mark’s family was crucial to both his happiness and his success. His charisma was undeniable. And had he needed the support of the metropolitan bishop of Ephesos, we all know that he would, somehow, have obtained it.

More than this – and more, I suspect, than Mark even knew, or we, his friends, ever appreciated – there was something of the saint about him too. His hospitality – in college, in Eydon,

above all at home in Holywell Street – was positively Benedictine. His kindness was remarkable. I can testify to this. I owe my career to his references and my unpublishable last book was only publishable because he jobbed it past the doubtful Delegates of OUP. But so can others in Oxford and throughout the world. Precisely because he had not had an exemplary childhood; because he had experienced a decade or so of trying and failing to get that permanent job, he knew exactly how much a word of encouragement, an email of congratulation, a letter praising you for your first or just your latest publication can be.

Sainthood does not amount to being nice; nor just inviting people to supper. Saints, in the words of the more recent, Russian orthodox holy man, St Nikon of Optina, are signposts to God: waymarkers showing us where we should travel and how we should get there. It is in that sense, I think, that Mark was perhaps surprisingly saintly.

In an age of pessimism, he was an eternal optimist. In an age of complaint, he was always enthusiastic. Above all, in a world – and especially a world of higher education – consumed by competition, by quantification, by metrics, by targets, by money, he knew what really mattered. We are here, and we mourn Mark’s loss so much, precisely because of that. He was a sign of a better way: a way that puts people; that puts human relationships first and always.

Mark’s love – his love of life, of family and friends, of his students, of Oxford – is something we celebrate today: an example in every sense; a signpost for us to follow. He taught us so much: about history and how to teach history; about books and dancing and how to cook. But more than that he taught us what really matters – each other.

So Mark would have loved this, and he would have loved it above all because of us; because he loved us, and we loved – we still love – him. We will miss him dreadfully. But, just like one of his saints, his example will always remain: an example of kindness, loyalty, encouragement, enthusiasm, and sheer fun. Our task is now to live up to that example."