How did early international organizations address problems of geopolitical competition and transnational risk, not dissimilar to those we face today? 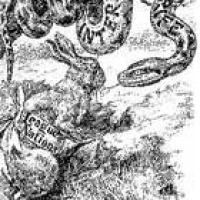 This project, funded by the Carnegie Corporation of New York City, seeks to answer the above question with reference to the League of Nations.  Patricia Clavin and Susan Pedersen (Columbia) are working to bring together a network of scholars who research the League of Nations to share ideas.  It includes the creation of a website with information about scholars of the League and their research, an August 2011 conference on the history of the League, and the publication of papers on the League within a special edition of an historical journal.

The project explores the role of the League of Nations in building institutions, collaborations, practices, and policies in many areas of the world, including the continuities between those institutions and those that exist in the post-war world.  It also investigates how the League sought to imagine, categorize, and measure the world it served.  Finally, the project will explore how the League acted as a sort of forcing ground for the construction of cultures and theories of internationalism, an underexplored aspect of the League’s history, but one with resonance for today.