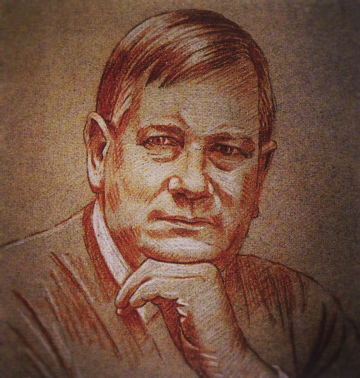 Jeremy Catto was one of the most important and fertile historians of the Late Middle Ages, and particularly of the worlds of learning, religion and government, worlds whose numerous interconnections he delighted in demonstrating. His inspiring qualities as a tutor and friend have been widely aired, not least in the obituaries published in the national press, but for many of us here in Oxford and across the historical profession, inspiration came just as much from reading his work and hearing him speak at seminars and conferences. In these few remarks, much helped by conversations with Ian Forrest and others, I want to pay tribute to Jeremy’s scholarship.

While he produced a number of edited texts and several large multi-authored volumes – most famously two volumes of the history of the University – Jeremy’s preferred format was surely the essay: short, pointed, and readable. He produced well over forty such pieces, covering a wide range of topics. They are remarkably learned, but they are never learned for the sake of it. Many of them range broadly and touch lightly on the details, but these succeed so well because the scholarship behind them was so extensive and reliable.

As for the more heavyweight pieces, they invariably pack an interpretative punch. Describing the contents of Peterhouse MS 223, what he called a radical preacher’s handbook from 1383, Jeremy surveyed more than two dozen texts, ranging in time from Augustine to John Wyclif and covering more than 280 folios of crabbed Latin. His deep knowledge of the reading habits of later medieval scholars allowed him to say what was conventional in this collection and what was not, and to discern the purposes for which it was created. The important pay-off for the reader – delivered in a tightly-managed 11 pages – is that, even in the later 1380s, after the condemnation of Wyclif’s teachings, an influential prelate could continue to esteem the great heretic’s views on the truth of holy scripture and to join him in promoting the preaching of parish priests over the fakeries of the friars; so it was that the radicals of the Wyclif generation lay the foundations for the re-spiritualised church of the Lancastrian period. Or, to choose another example, Jeremy’s 2004 essay on the ‘triumph of the hall in fifteenth-century Oxford’ uses a painstaking account of institutional change – complete with maps and ground-plans – to launch a novel and provocative argument that the so-called ‘rise of the undergraduate colleges’ was really the apotheosis of the educational model of the ancient halls.

This draws attention to another marked feature of Jeremy’s essays: they are often sparked by a sense of fun – a mischievous desire to deflate pompous claims and subvert widespread assumptions; to introduce what he gleefully called ‘a stiffening wind’ to areas of cosy consensus. Jeremy’s sketch of ‘Renaissance Oxford’ is one memorable example – here in the home of Duns Scotus, the Renaissance is well underway by the 1420s and 30s (and maybe rather past its best by the time of John Colet’s lectures on St Paul, which Jeremy found wholly conventional); it is peopled by spiky old scholastics whose Latin would have horrified Erasmus, even though they were just as philologically alert and as bent on returning ad fontes as any Italian; its Ciceronians were the progeny of the fourteenth-century foundations of William of Wykeham, but they cultivated eloquence for essentially the same political and social purposes as Thomas More. ‘It may be an overstatement,’ Jeremy wrote, surely a twinkle in his eye, ‘to see Netter, Pecock or Gascoigne as humanist theologians…’ but that is precisely what he was suggesting, and – after reading him – the starchy, muddy fifteenth century never looks quite the same again.

And if the Renaissance was well underway before 1450, so was the Reformation. Its architects were not Henry VIII and Thomas Cranmer, but Henry V and Thomas Arundel. Jeremy’s invocation of ‘Thomas Arundel’s reformation’ was a good-humoured but calculated riposte to the assaults of certain literary scholars against the man they accused of closing down the golden age of Middle English literature. But it was also a deeply serious, and very persuasive reinterpretation of the spiritual world of the early fifteenth century: not as an era of repression, but as a time in which the institutional church, supported and led by a sober and imaginative king and a cluster of well-educated civil servants, found a way to finesse the need for conformity with the provision of spiritually and socially-rewarding forms of worship.

In this amalgam – of church and state, of policy and principle – two of the central axes of Jeremy’s work, and perhaps his life, are exposed. When he wrote about intellectuals and divines, as he did often, he was at pains to emphasise their connection with the real world. Thomas Aquinas may be most famous to us as a systematic thinker in the schools of Paris, but, in an early article, Jeremy linked his treatise De Regno ad Regem Cypri to the predicaments faced by Thomas’s relatives and other Italians in the wake of the final collapseof the Hohenstaufen rulers of Sicily. Explaining Wyclif’s ideas on the Eucharist in a famous essay, Jeremy challenged what he called the ‘intellectualist’ approach to understanding them: for one thing, it inappropriately stabilised what was actually a developing and passionate line of thought; for another, it overlooked the ritual centrality of the eucharistic miracle in the lives of contemporary Christians – Wyclif may not have meant to undermine this most holy thing, but his attack on transubstantiation could not be understood in any other way by people at the time.

And if intellectuals were worldly, so by the same token were statesmen, warriors and bureaucrats capable of sensibility and spiritual reflection. Jeremy wrote again and again, and very affectingly, about the ideal of the Mixed Life, a form of monastic contemplation suitable for, and sought by, the kings, lords and ‘graduate careerists’, as he called them, of the fourteenth and fifteenth centuries. As much as Archbishops Chichele and Arundel, it was these men that built the renewed church of Lancastrian England. Bearing what he neatly called ‘the burden and conscience of government’, they pursued new and more enlightened forms of statecraft –councils, memoranda – and joined monastic and episcopal colleagues in the making of ecclesiastical polity. This was surely the underlying purpose behind Jeremy’s cultivation of generations of Oxford men and women: that, in some way, they should echo their Lancastrian forebears in harnessing learning and spirituality to their careers in the world. In his well-known essay on the religion of the fourteenth-century nobility, Jeremy quoted a devotional tract called the Cloud of Unknowing. It urged its readers that those who ‘stand in activity by outward form of living, nevertheless yet by inward steering after the privy spirit of God … [could be] partners in the highest point of this contemplative act’. It seems a fitting text for his life and work.

A tribute by John Watts

Gandhi Against the Human Race