This major five year project explores the historical dynamics of malaria in Asia from 1900 to the present in multiple sites across the region. Lead by Professor Mark Harrison, it is funded by a Wellcome Trust Investigator Award project (2015-2020) and is based at the Wellcome Unit for the History of Medicine in Oxford. 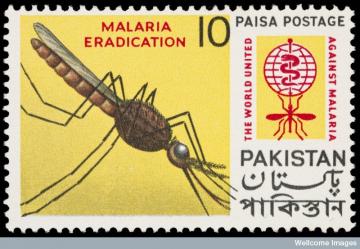 Despite great progress in reducing the global burden of malaria, the disease remains an enormous problem in many Asian countries. There are well over a million recorded cases in India each year and the true number is estimated at nine times higher. In some areas – particularly cities – malaria is resurgent; new strains of parasite are crossing the species boundary into human populations and resistance to a variety of anti-malaria drugs is spreading. For complex historical and political reasons, these issues have been relatively neglected until now.

Funded by a Wellcome Trust Investigator Award, historians are working together with anthropologists, epidemiologists, biologists and clinicians to determine the historical dynamics of malaria and to devise policies that are more effective and durable than many of those to date. We believe that history is an indispensable guide to policy and we have close links with policy-makers at national, regional and global levels.

Our other aim is to place malaria at the centre of Asian history. More than any other disease, malaria has shaped the history of this vast continent, being until recently the principal cause of death in many Asian countries. It has consequently had a huge impact upon demography, economics, politics and culture. By bringing these areas back into focus, we hope to answer some of the most compelling questions in Asian history, such as the reasons why malaria mortality increased and fell, allowing countries such as India to undergo an epidemiological transition. Uniquely, our team brings together specialists on the British and Japanese empires with scholars working on independent nations such as South Korea.

Research Associate
Faculty of History | Centre for the History of Science, Medicine, and Technology

Research Associate
Faculty of History | Centre for the History of Science, Medicine, and Technology