Tudor England was a dangerous place. There were plagues and wars, perilous childbirths and shocking infant mortality. But what risks did people face as they went about their everyday lives?

This project, funded by the Economic and Social Research Council for 2011-15, is aiming to find out, using thousands of coroner's inquest reports on accidental deaths preserved at The National Archives. 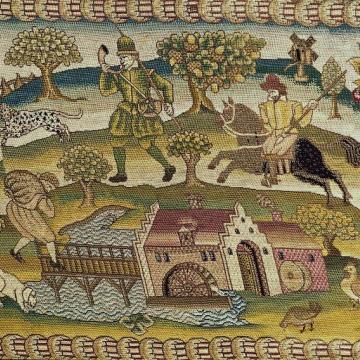 These reports cover almost the whole of England, town and country, young and old, men and women, rich and poor. They tell us about working practices in farming, industry and housework and about leisure activities such as football, swimming, bell-ringing and riverside flower-picking, even the risks of getting too close to performing bears. They show contrasts between men's and women's lives, between different agricultural regions, between different times of day and seasons of the year. They show changes across the century, such as the replacement of archery by guns.

Classified into an accessible database, contextualised through targeted research on other documents, explored in a book and publicised in other ways, they will provide vivid insights into daily life irrecoverable from other records, lessons about the changes that have made life safer or more dangerous in the intervening centuries, and new ways to investigate social change and social variation in sixteenth-century England.

The project is directed by Steven Gunn, Fellow and Tutor in History at Merton College.