A meeting of the early modern workshop: Writing Technology/ The Technology of Writing 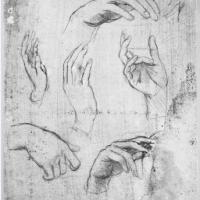 Making, writing, pointing, demonstrating, feeling, representing… hands work hard in early modern texts. This workshop will consider these intersecting uses and meanings of hands from a variety of temporal, disciplinary, generic, and theoretical perspectives. From the emblematic hands of an idealised renaissance architect-figure to the mechanical hands designed to fill in for their human counterparts in eighteenth-century machinery, we will explore the language and imagery of handling, manipulation, and manoeuvre.

On-Line Book Launch of Ben Jackson’s The Case for Scottish Independence: A History of Nationalist Political Thought in Modern Scotland

Special Faculty Lecture: “Decently-Clad Women and Trousered Men". The Missionary and the Body