What do we mean when we talk about statues? 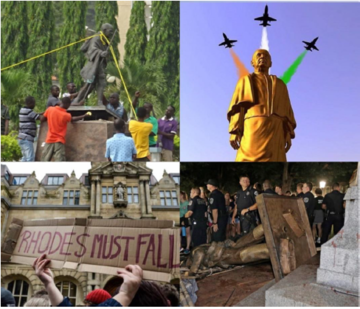 In recent years, controversies around statues have become focal points for struggles around the decolonization of the public sphere (we might think here of Rhodes Must Fall in Cape Town and Oxford, Gandhi Must Fall in Accra, and protests against Confederate statues in the US, all of which erupted roughly contemporaneously). Alongside the toppling of statues of figures deemed to be racist, casteist or otherwise problematic, statues continue to be built on ever increasing scales especially in contemporary India which is currently home to the tallest statue in the world. Why are statues invested with so much significance?'