Ewen Green Memorial Lecture - “The Iron Curtain and the Iron Lady”: Margaret Thatcher, 1989 and the Fall of the Berlin Wall 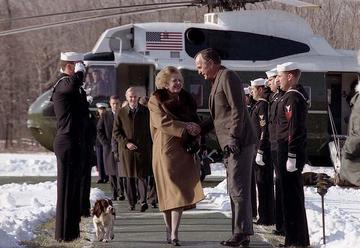 On 9 November 1989, almost exactly thirty years ago, the Berlin Wall opened, sending thousands pouring across the border between East and West. It was the crowning moment in a year of revolutions, that triggered the collapse of the Communist bloc, the reunification of Germany and the disintegration of the Soviet Union. Among those watching on television was Margaret Thatcher, ‘the Iron Lady of the West’. As a politician forged in the struggle against communism, the revolutions of 1989-90 might have been a moment of triumph. Instead, as she confessed in her memoirs, her attempts to slow the pace of change in Germany ‘met with unambiguous failure’. Barely a year after the Wall was opened, she herself would fall from power. This lecture assesses the role of the 1989 revolutions in the downfall of Margaret Thatcher. It explores the hopes and fears that animated Thatcher's response, and asks what this might tell us about Thatcherism, Euroscepticism and the place of the Cold War in modern British history.

Dr Robert Saunders is a Senior Lecturer in History at Queen Mary University of London. He is the author of Yes to Europe! The 1975 Referendum and Seventies Britain (2018), Democracy and the Vote in British Politics (2011) and co-editor, with Ben Jackson, of Making Thatcher’s Britain (2012). He has written for the Guardian, the New Statesman and Foreign Policy, and provided political analysis for the BBC, Channel 4, Sky News and CNN. He studied modern British history with Ewen Green from 1996 to 1999.