'The Future of the World: Futurology, Futurists and the Struggle for the Cold War Imagination' 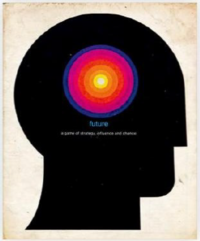 This lecture is open to the public and will be followed by a drinks reception in the Joan Thirsk Common Room.

Please contact oceh@history.ox.ac.uk to register, or with any queries about this event.

Jenny Andersson holds a PhD in eco-nomic history from Uppsala University in Sweden. She is currently a scholar with the Centre National de la Re-cherche Scientifique and based at Sciences Po in Paris, where she also co directs the Max Planck Sciences Po Center. She has worked on the intellectual history of con-temporary social democracy, and more recently, on the history of future research and concepts of the future in the post war era.

Jenny’s book ‘The Future of the World’ is devoted to the intriguing post-war activity called—with different terms—futurism, futurology, future research, or futures studies. It seeks to understand how futurists and futurologists imagined the Cold War and post-Cold War world and how they used the tools and methods of future research to influence and change that world. Forms of future research emerged after 1945 and engaged with the future both as an object of science and as an object of the human imagination. The book carefully explains these different engagements with the future, and inscribes them in the intellectual history of the post-war period. Futurists were a motley crew of Cold War warriors, nuclear scientists, journalists, and peace activists. Futurism also drew on an eclectic range of repertoires, some of which were deduced from positivist social science, mathematics, and nuclear physics, and some of which came from new strands of critical theory in the margins of the social sciences or sprung from alternative forms of knowledge in science fiction, journalism, or religion. Different forms of prediction lay very different claims to how, and with what accuracy, futures could be known, and what kind of control could be exerted over coming and not yet existing developments. Not surprisingly, such different claims to predictability coincided with radically different notions of human agency, of morality and responsibility, indeed of politics.