2021 Besterman Lecture: How the Enlightenment understood truth — and why that matters 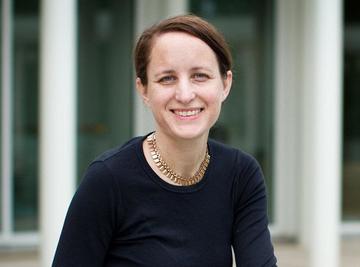 The Voltaire Foundation warmly invites you to the 2021 Besterman Lecture, given by Professor Sophia Rosenfeld on ‘How the Enlightenment understood truth — and why that matters.’

Around the world, truth is ostensibly in crisis today. That crisis has been variously attributed to the rise of social media, the economic dislocations of late capitalism, and new forms of political opportunism. However, much of our current condition has its roots in conceptions of truth and untruth stemming from the Enlightenment, that is, the very particular cultural context in which democracy was re-envisioned on both sides of the Atlantic in the latter half of the eighteenth century. The Besterman Lecture will explore the paradoxical nature of Enlightenment thinking about truth and its legacy, including both its risks and its enduring promise.

Sophia Rosenfeld is Walter H. Annenberg Professor of History at the University of Pennsylvania, where she teaches European and American intellectual and cultural history with a special emphasis on the Enlightenment, the trans-Atlantic Age of Revolutions, and the legacy of the eighteenth century for modern democracy.

The event is going to take place on Thursday 18 November, 5.15pm, in the Grove Auditorium at Magdalen College.

This event is planned as an in-person event, but will also be live-streamed with the support of the University Podcast Team and University of Oxford Live.