Since the Reformation in the early sixteenth century, Oxford’s community, culture, and cityscape have been repeatedly transformed by various moments of religious upheaval. The lives, debates, and conflicts of both the Protestant and Catholic Reformations have been represented, revised, and retold across the city’s buildings and monuments over the last four centuries.

Oxford Re-Formed, launching on 13th January on the Museum of Oxford Digital Exhibitions website, will tell this story. It will explore the evolution of the visual and material traces of the Reformation in Oxford’s cityscape, showcasing public buildings and monuments, as well as artefacts that are not usually on public display.

Join historians and literary scholars from Oxford who will introduce the exhibition and explore further how religious difference and debate played a crucial role in making Oxford a global University and a diverse city. 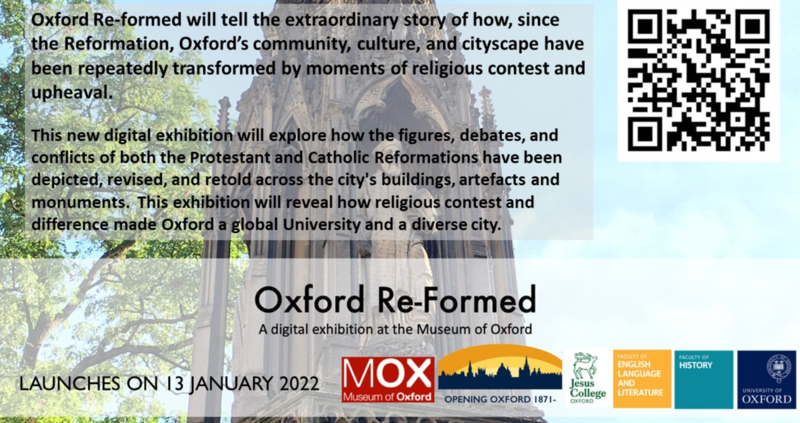