From the rights of man to human rights 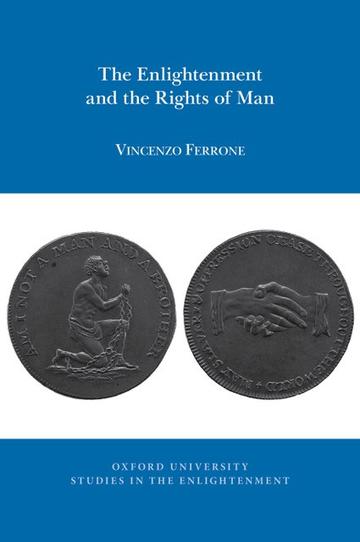 Launch discussion of Vincenzo Ferrone, The Enlightenment and the Rights of Man (2019)

The Bonavero Institute of Human Rights and the Voltaire Foundation have teamed up to explore the historical and contemporary implications of the ideas discussed in Vincenzo Ferrone’s The Enlightenment and the Rights of Man (published in the series Oxford University Studies in the Enlightenment).

The Enlightenment redefined the ethics of the rights of man as part of an outlook that was based on reason, the equality of all nations and races, and man’s self-determination.  This is the main thesis of The Enlightenment and the Rights of Man. According to Ferrone, Enlightenment discussions of the rights of man led to the rise of a new language: the political language of the moderns, which spread throughout the world its message of the universality and inalienability of rights, transforming previous references to subjective rights in the state of nature into an actual programme for the emancipation of man.

Ranging from the Italy of Filangieri and Beccaria to the France of Voltaire, Rousseau and Diderot, from the Scotland of Hume, Ferguson and Smith to the Germany of Lessing, Goethe and Schiller, and as far as the America of Franklin and Jefferson, Ferrone’s book deals with a crucial theme of modern historiography: one that addresses debates on the problematic relationship between human rights and the economy, politics and justice, the rights of the individual and the rights of the community, state and religious despotism and freedom of conscience.

Three discussants will present interdisciplinary perspectives on the book, followed by the author’s response and a wine reception.

Vincenzo Ferrone has written extensively on the Enlightenment and Ancien régime Europe. He has taught and held fellowships at the Princeton Institute for Advanced Study, Ca’ Foscari University in Venice, and the Collège de France in Paris. He is Professor of Modern History at the University of Turin.

Karma Nabulsi is Fellow and Tutor in Politics at St Edmund Hall, and Associate Professor in Politics and International Relations at the University of Oxford. Her research focusses on 18th- and 19th-century political thought, the laws of war, and the contemporary history and politics of Palestinian refugees and representation. Next year Oxford University Press will publish a collection she has co-edited, Radical Republicanism: Recovering the Traditions Popular Heritage, that includes her chapter on the 1830 Revolution in France, as well as “Rousseau and Emancipation”, her contribution to the new Oxford Handbook of Rousseau.

Kevin Hilliard retired in 2017 from his post as Lecturer in German at the University of Oxford. He is the author of Freethinkers, Libertines and Schwärmer: Heterodoxy in German Literature, 1750-1800 (2011) and has recently published articles on aspects of eighteenth-century literary criticism and poetry. He is currently editing the correspondence of the German writer Jakob Mauvillon (1743-1794).

Caroline Warman is Professor of French Literature and Thought at the University of Oxford, and has published widely on eighteenth-century materialism, including Sade: From Materialism to Pornography (2002). She is currently completing a monograph on Diderot’s late work, the Eléments de physiologie, and a digital edition of Naigeon's Mémoires sur la vie et les ouvrages de Denis Diderot. She is President of the British Society for Eighteenth-Century Studies (https://www.bsecs.org.uk)