For decades, studies of fascism, and of illiberalism more generally, have been stymied by the concept of totalitarianism. Periodically recurrent, enjoying a new popularity in these authoritarian populist times, the more widely and indiscriminately the term has been bandied about, the messier and more anachronistic the usage and the more obstructive to writing a narrative of fascism’s global trajectory in the first half of the 20th century. Focusing on the case of Italy, with the premise that ideologues and statesmen of the fascist regime were keenly versed in the great dilemmas of political economy coming out of World War I, this lecture draws on a radically different set of theorist-historians, including M. Foucault, A. Gramsci, and K. Polanyi, to explore the root-and-branch anti-liberal re-sorting of relations of the state to society, population, and the individual that would become the hallmark of fascist rule. From the perspective of what we might call ‘fascist governmentality’, we can better account for the extraordinary political fortune of fascism globally in its classic first iteration, 1920-1945, especially from 1936, but also for the recurrence of like-structured movements and movements from the turn-of-the 21st century.

There will be a drinks reception after the lecture.

Places are limited, so please confirm your attendance by emailing oceh@history.ox.ac.uk

About the speaker: Victoria DE GRAZIA is the Moore Collegiate Professor of History at Columbia University. A specialist in in contemporary history, with longstanding commitments to studying western Europe and Italy from a gendered perspective and to developing a global perspective on commercial revolutions, her books include Soft-Power Internationalism: Competing for Cultural Influence in the 21st-Century Global Order (ed., 2021); The Perfect Fascist: A Story of Love, Power, and Morality in Mussolini’s Italy (2020); Irresistible Empire: America's Advance Through Twentieth Century Europe (2005); The Sex of Things: Gender and Consumption in Historical Perspective (ed., 1996); How Fascism Ruled Women: Italy, 1922-1945 (1992); The Culture of Consent: Mass Organization of Leisure in Fascist Italy (1981). 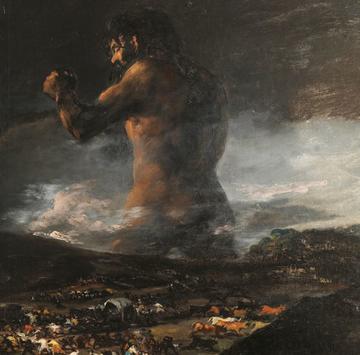 The lecture will be followed by a drinks reception in the Faculty.