Environment, Climate, and Heredity: the integration of environmental humanities with the history of heredity 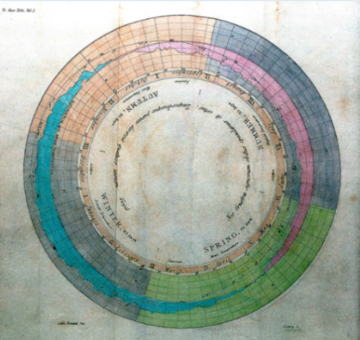 The relative stability of agriculture and production of food enjoyed in the last century is entangled with the history of heredity. Experimentation in plant breeding produced both the crops that we rely upon and our knowledge of the laws of heredity and inheritance, while debates over human reproduction and population levels have always been entangled with anxieties over our agricultural production. What makes the history of heredity particularly important within the history of science is the large role played by the public: farmers, gardeners, and plant breeders have been the principal actors in advancing cultures of experimentation in the nineteenth and twentieth centuries, while physicians, educators and social reform workers have all contributed to public and wider understandings of human heredity, and the inheritance of traits and characteristics.

This event is free. If you would like to attend please email john.lidwell-durnin@history.ox.ac.uk to reserve a place.

In addition, as part of our networking, this event is organised in collaboration with 'Narrative Science in Techno-Environments: Integrating History of Science with Environmental History and Humanities', being held 18-19 July in London, organised by Dr Dominic Berry (LSE). Further details: https://www.narrative-science.org/events-narrative-science-project-workshops-environment.html