This seminar series is generously supported by the Oxford Centre for European History and The Queen's College. 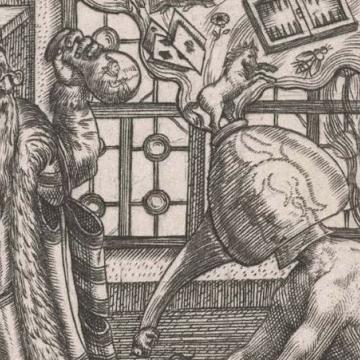 The subject of the early modern mind and understanding are generally confined to the philosophical realm and discussion. This interdisciplinary seminar series seeks to challenge this monopoly and the monolithic take it contributes to perpetuate by shedding light on the various perceptions of the human mind that arose from within different perspectives (especially historical, literary, aesthetic and political) over the years 1600 to 1800. In this manner, we hope to offer a richer, more nuanced and contextually-based appreciation of this topic.

We will also be going for dinner with the speaker after each talk at the Turl Street kitchen on Turl Street.

‘Knowledge and Aesthetic Experience in the Royal Society of London, 1650-1720’

'Goethe and the Enlightenment'

‘Enlightenment and the Paranormal’

‘Between Promises and Prophecies’: Thomas Hobbes and the Apocalyptic Imaginary

‘Modernity as a Source of Unease’

The Mind between Machine and Organism in Leibniz

‘The Telegraphic Mind: Perception and Communication in the Early Nineteenth Century’