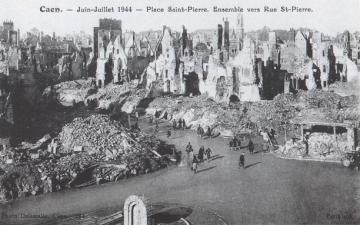 In 1967, Pentagon comptroller Robert N. Anthony, stated before a Senate hearing on the economic impact of the Vietnam War, that ‘we do not have a cost accounting system…I think [that] everyone agrees that one does not set up a cost accounting system for a war’. Recent US Congressional reports on the Afghanistan and Iraq conflicts have also failed to define what constitutes war ‘costs’. This problem has long historical roots. The development of modern capitalism transformed notions of value, encouraging efforts at quantification, especially in monetary terms. Contrary to Anthony’s assertion, early modern states already attempted to calculate war costs in financial terms, not least because central government expenditure was largely consumed by paying for current conflicts and servicing the debts incurred in previous ones. The changed relationship between state and society during the eighteenth and nineteenth centuries, the transformation of warfare, and the evolution of soldiering increased awareness of human costs, eventually marked most graphically in the erection of memorials to war dead. The emergence of new forms of social history in the mid-twentieth century encouraged greater efforts to consider war’s economic and medical impacts, but discussions have remained largely dominated by quantitative approaches, such as the well-known ‘Correlates of War’ database. The cultural and linguistic ‘turn’ of the 1990s challenged this by suggesting that costs are socially and politically constructed, contingent on circumstances, rather than timeless, universal categories.

This one-day conference explores how the costs of war have been defined by policymakers, combatants, and societies, as well as by scholars and commentators. The papers will reflect comparatively on definitions of cost, as well as examining the impact, meaning and perception of costs in human, social, political, financial, economic, environmental, technological, moral and symbolic terms.

The event will take place in the Wharton Room, All Souls College, Oxford, and is sponsored by the OxPo exchange, the Oxford Centre for European History and the Center for History at Sciences Po, with the support of All Souls College. Papers will be around 20 minutes and the day will conclude with a roundtable discussion led by invited panelists.

This event is part-sponsored by the Oxford Centre for European History.