Look at the programme here 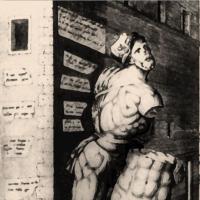 ‘Fake news’ is nothing new. Early modern scholarship has long since done away with the idea that the invention of print led to an unambiguously positive revolution in the circulation of information. Attention has been drawn to the way the press  along with improvements in transport, roads and postal services – facilitated the spread of rumours and falsehood. On the other hand, scholars working on utopian writing and the invention of new fictional forms have pointed to the provocative blurring of fact and fiction in early modern philosophy and literature. Indeed, the very classification of different kinds of information as ‘factual’, ‘fictional’, ‘news’, ‘gossip’ or ‘lies’, has been problematized by historians and literary critics studying the power dynamics inherentto any such judgements.

This conference explores the boundaries between truth and falsehood in the early modern period, thinking about disinformation, fiction, and power in tandem. By drawing together scholars working across regional, linguistic and disciplinary specialisms – from texts to visual materials, from network analysis to the study of literary genres – the conference seeks to call into question the idea of 'fake news' as a uniquely modern phenomenon while bringing fresh perspectives to classic debates on the evolution of news networks, the development of fictional forms and the origin of the public sphere in the early modern world.