The English People at War in the Age of Henry VIII

Henry VIII in a print by Hans Liefrink of Antwerp, c1545 (Rijksmuseum, Amsterdam)

The James Ford lectures in British History, funded by a bequest from the Revd James Ford, were first given in 1896. The lectures are intended both to advance historical understanding – they are usually published as a book by Oxford University Press – and to engage the interest of the general public. So for the Hilary term 2015 lectures I thought it best to take a fairly large subject and one to which people could relate their own experience. Henry VIII fought many wars, against the French, against the Scots, against the Gaelic lords of Ireland, against rebels in his own realms, even against his traditional allies in the Netherlands.  But how much did they really affect his subjects? And what role did Henry’s reign play in the wider transformation of England’s military capabilities over the century from 1475, when his grandfather Edward IV invaded France in the afterglow of the Hundred Years War, to the 1570s, when his daughter Elizabeth sought to shape a trained militia and a powerful navy to defend England in a Europe increasingly polarised by religion?

Henry’s wars have not been neglected by past historians and in studying them I could draw on the work of many distinguished predecessors and contemporaries. The recovery of the Mary Rose has particularly encouraged study of Henry’s navy and the men who crewed his ships. But in general war has been overshadowed in accounts of his reign by the drama of the Reformation and the dazzle of court politics. Henry himself, in his bulbous armour with its 54-inch waistline, makes a rather ludicrous warlord, and his subjects, still shooting longbows in the age of pike and musket, seem to be playing at war. Even their victories, mainly won over the Scots or bewildered peasant rebels, are historical embarrassments. The result is that military historians have concentrated on arguing that Henry’s armies were not quite as incompetent or outmoded as one might think, and other historians have passed his wars by in search of more exciting fare. Yet recent historians of the Reformation have built a remarkably comprehensive and subtle account of the relationship between religious change and many aspects of English social, political and cultural life; I wanted to see if the same could be done for Henry’s wars. For the first lecture I looked at how many people took part in war and how far those not directly involved were aware of what was happening. In crisis years like 1513, when Henry invaded France and the Scots attacked the North, it seems that as many as one adult man in ten went on campaign. In 1545, when a French invasion fleet anchored off the coast and the Mary Rose sank in the attempt to repel it, perhaps one in five stood ready to fight. Meanwhile news about war spread widely, cheap printed almanacs and popular prophecies discussed the prospects for war and people prayed for ‘peace in our time’ even before the Prayer Book of 1549 fixed the phrase in the English imagination. Costumes and plot lines in court masques, decorative schemes in country houses, even fashion on the streets of London, where one could be arrested for wearing outrageously large hose like a German mercenary soldier, suggest that the English were well aware of continental military trends. 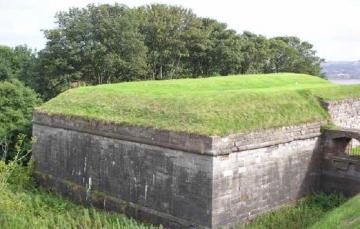 The Early Elizabethan Fortifications at Berwick

Lecture two used the records of hundreds of parishes and boroughs to see how communities coped with the pressures of war. They struggled to buy and maintain the up-to-date weapons and armour Henry and his successors insisted they should provide for their men, to fortify the coasts and keep up the chains of beacons that warned of invasion. Often they confiscated church resources or introduced local taxation to meet these demands, but they also developed new mechanisms of local government which would later help them cope with the challenges of poverty and plague. More systematic sources than the accounts of individual parishes suggest the wide impact of these measures. The inventories of church goods taken in 1547, for example, show that at least 68 out of 144 Suffolk churches had in the past four years sold crosses, copes, chalices, censers, candlesticks, basins, pyxes and paxes to meet military expenses. County muster returns, which rarely mentioned parish stocks of arms in the 1520s, regularly did so by the 1560s. Unlike the border fortress of Berwick, given a set of modern walls at crown expense in 1558-70, towns mostly had to fortify themselves. At Dover, Great Yarmouth, Harwich and Rye, and no doubt elsewhere, this could be accomplished only by setting the townsfolk to forced labour to build thick earth ramparts as proof against artillery fire.

Next I asked how military service related to the social power and self-image of lords and gentlemen. Contemporaries complained that they were giving up the knightly ways of their forebears, turning to accountancy, law and soft living. Even those who did wish to fight found their tenants were now reluctant to follow them. But the peerage continued to lead the social elite in fighting for the king, half of them in France with Henry in 1544 while nearly a quarter fought the Scots. Many gentlemen still valued their martial honour and found a satisfying place in the new structures of the lord lieutenancy or the increasingly permanent English army in Ireland, where younger sons of peers and knights were classic officer material. Plundered luxuries, commemorative paintings, armoured effigies and martial epitaphs, traditional praise poems comparing the Welsh gentry to Arthur and Lancelot, Charlemagne and Roland, built the reputations of those who served.

For the fourth lecture I examined war and the economy. Heavy taxation and disrupted export trade threatened recession. In 1513 one estate officer explained to his master that it 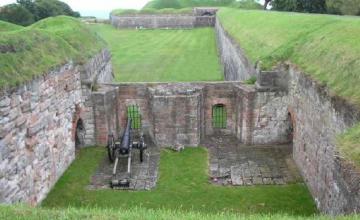 was ‘this busy world of war’ that made it so hard to collect his rents and sell his timber. Coastal traders and fishing boats were vulnerable to raiders: one poor crew of Whitby sailors in the 1520s managed to be captured both by a French ship and then by a Scottish ship on the same fishing trip.  Yet there was another side to the story. Arms traders, iron smelters, horse dealers, fortification builders and English privateers who attacked foreign shipping, often rather indiscriminately, in the Channel and Atlantic, did well. So did the borderers who raided the Scots for their livestock, some with names familiar to followers of North-Eastern football:  Robson, Milburn, Charlton.

My fifth lecture asked what weapons people owned and whether they knew how to use them. Some of its evidence was drawn from coroners’ inquests into accidents with bows, guns and swords, some from wills or probate inventories. These show that people kept weapons in the oddest of places, handguns in the parlour, poleaxes in counting houses, helmets in the kitchen cupboard or the cheese chamber. Exhortations to manly valour, reinforced by peer pressure and self-preservation in desperate situations, egged soldiers on to fight, but captains’ handbooks show the difficulties in turning raw recruits into effective troops. On the other hand, there were English mercenaries, not as numerous as the Germans or Swiss, but sufficient to turn up in continental wars of the later 1480s or early 1550s when the English crown was not recruiting. As in most wars before penicillin, more died of disease than from enemy action. In the English army in Picardy in September 1557, for which we have unusually good records, the sick outnumbered the wounded by five to one, and at Le Havre in June 1563 plague was killing about a tenth of the English garrison each week.

In the last week of the series I argued that engagement in war vitally shaped his subjects’ relationship with the king and their sense of national identity. Henry’s England was not turned by his wars into the sort of fiscal-military state identified by historians of seventeenth-century Brandenburg-Prussia or indeed eighteenth-century Britain.  But war affected attitudes to the king’s authority, to his care for his subjects, to national religion and national history, especially when orders went out to arrest enemy aliens or to recruit men for armies from many different parts of the realm. Henry’s wars left his successors a paradoxical legacy of admiration for his victories, his ships and his fortifications but allergy to his taxes and his large-scale recruitment.

Those who give a series of lectures like the Fords face a dilemma. Should they fill out their arguments at greater length, research aspects of the topic they have ignored, and produce a longer book at some subsequent point? Or should they tidy up their lectures, frame them a little, and publish sooner rather than later, in the hope at least of sparking debate by their omissions, simplifications and speculations?  To my relief – as I have just finished, after  thirty years’ work, a book on another topic, Henry VII’s New Men and the Making of Tudor England  – I have been encouraged by OUP to take the shorter and faster route. The lectures were the first to be podcast, so those in need of a remedy for insomnia can already listen to them through the faculty website. But they should, I hope, appear as a book in 2017.

The View from the Chair

During his first year in office as Chair of the Faculty Board, Martin Conway reflects on recent changes and the aims of the Faculty

Ian Archer reflects on the life of the Faculty’s Graduate Officer, who passed away in 2016 after 20 years of service

Empires of Faith: interactions in art and religions of Late Antiquity across Eurasia

Rachel Wood discusses the ‘Empires of Faith’ project, which will be working with the Ashmolean Museum on an exhibition from October 2017

Now that the first phase of her research project is complete, Joanna Innes discusses the changing meaning and understanding of democracy throughout history

From Byzantine to Ottonian Empires: Venice, Ravenna and Rome

Following the recent release of his book ‘Pétain’s Jewish Children’, Daniel Lee explains how Jewish Scouting groups were involved with the Vichy Regime

Alex Middleton examines the careers of two Early Nineteenth-century British Imperialists, and their relationship with the domestic politics of the day

Adrastos Omissi discusses the importance and meaning of Vasari’s masterpiece

Thinking With Food: The Welcome Rise of Food History