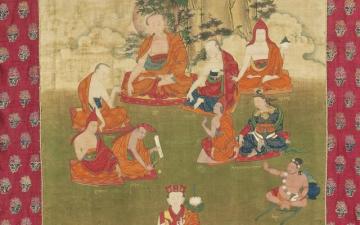 Few subjects have experienced such a dizzying ride on the rollercoaster of intellectual fashion as the academic study of modern imperial history. The field had enjoyed a renaissance in the 1960s when it was liberated from the need to justify British and other European colonialisms. The influence of Jack Gallagher and Ronald Robinson was crucial. Their famous historiographical manifesto ‘The Imperialism of Free Trade’, published in the Economic History Review in 1953, and their study of the partition of Africa, Africa and the Victorians (1961), signalled a new analytical and resolutely unsentimental approach to empire. They stimulated a fresh generation of researchers to explore the mechanics of rule and ‘collaboration’, the constraints of geopolitics and the significance of ‘informal empires’ of trade and finance in Latin America and China. But by the 1970s the wind had changed. Now it was the history of new post-colonial nations that seemed most relevant to understand the emerging ‘Third World’ at a time of intensifying rivalry between East and West. This, and the availability of new government funding (those were the days!) made ‘area studies’ much more attractive to younger scholars than the imperial systems of which they had once formed part. By contrast, public attitudes in Britain, from government downwards, turned away from empire history as if from an embarrassing relation. Europe was the future. Empire was a non-usable past. Amnesia was best.

When I arrived back in Oxford in 1984 after twelve years at Reading, the subject seemed at a low ebb. If one was careless enough to admit an interest in imperial history to an academic colleague, it provoked a facial expression that moved through incomprehension to mild irritation and finally to pity and concern:  here was a colleague throwing his career away in what one (Africanist) historian described as ‘the deadest of dead subjects’. Indeed, within a year of my arrival, three of the five ‘imperial’ papers I had laboriously ‘got up’ were abolished in a syllabus reform. But there were three bright spots. A Further Subject, ‘Imperialism and Nationalism’, devised by Ronald Robinson (Beit Professor of Commonwealth History, 1972-87), had survived the slaughter. It allowed students to study South Asian history (under the late Tapan Raychaudhuri), African history (under Tony Kirk-Greene), Southeast Asian history (with Peter Carey), Canada, South Africa, Australia and New Zealand (an ungainly quadruped that I took over from Colin Newbury) and Latin American history (until the untimely death of Christopher Platt). These strands were held together (in theory at least) by instruction on the general history of European expansion and the contemporary debate on the rights and wrongs of empire and exploitation. The second bright spot was the Special Subject on the critical phase of British rule in India between 1917 and 1931, which attracted many students to a topic at whose centre lay the enigmatic and fascinating figure of Gandhi. It was certainly an enjoyable, if demanding, subject to teach tutorially. Thirdly, at the graduate level, there were twenty to twenty-five new research students each year to be supervised by what was then a very small handful of Faculty teachers with interests in the non-Western world. This allowed (or compelled) one to supervise simultaneously doctoral theses on the Falkland Islands, the Caribbean, South Africa, the Middle East, India, Malaya, Australia, New Zealand, and China. Quite what it was like to be on the receiving end of such ‘jack-of-all-trades’ supervision, it would be indelicate to ask. But for myself as the supervisor  it was gloriously interesting and instructive. 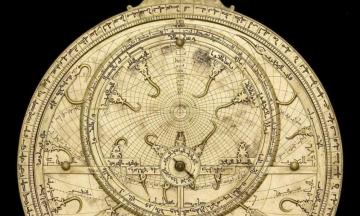 Encouraged by undergraduate interest in the Further and Indian Special Subjects,  Peter Carey (then Tutorial Fellow at Trinity College) and I decided to launch a new general history paper at the end of the ‘eighties, titled ‘Europe and the Wider World, 1750-1914’. The paper was designed to expose students to the bigger themes of European expansion and the resistance to it, including imperial rivalries, the economic impact of colonialism, slavery, race, missionary enterprise and early anti-colonial nationalist movements. But students were also required to engage with the historiography of at least two extra-European regions – South, or Southeast Asia, East Asia, Sub-Saharan Africa or Latin America – and to study their history from a local rather than a Western perspective. We were able to call on a range of expertise, from both inside and outside the Faculty, to lecture, while Peter and I provided jointly-taught tutorial classes. ‘Europe and the Wider World’ later metamorphosed into its current incarnation as ‘Imperial and Global History, 1750-1914’. Meanwhile the arrival of Judith Brown as Beit Professor of Commonwealth History had encouraged the revision of the Indian Special to take more account of the social history of South Asia, not least the history of gender.

In the world beyond Oxford, empire was coming back into fashion. In part this was because of the exuberant reaction of some commentators to the end of the Cold War and the coming era (as it seemed) of American primacy. ‘Empire’ began to be bandied about both by those who welcomed and those who feared America’s global hegemony. In the academic world, empire’s revival reflected the intellectual influence of Edward Said’s Orientalism, first published in 1978. Said’s book re-focussed attention away from economic exploitation, which had pre-occupied critics of imperialism until the 1970s, and towards empire’s cultural impact. For Said and his followers the very language with which Europeans had described their imperial subjects was shot through with disparaging concepts and the rhetoric of contempt. Hence the records of imperial rule, the accounts of travellers, and all the documentation that reported on the encounter between Europeans and non-European ‘others’, had to be  read ‘against the grain’ of European prejudice, whose conscious or unconscious purpose was to justify domination. It was not necessary to endorse every aspect of Said’s polemic against cultural imperialism to recognise the power of his insight and the way in which it could widen and deepen the history of empire. A mass of new topics now entered the agenda of the imperial historian: the construction of social identity by coloniser and colonised; their differing notions of crime and punishment; the management of household, family, gender roles and sexual morality in colonial societies; the creation and constriction of the colonial ‘public sphere’ – among others. In these fields at least, it was clear that the constitutional transfer of power – the formal end of colonial rule – was of limited significance. Indeed, the logic of Said’s critique was that the ‘political’ decolonisation of the 1950s and 1960s was not the end of the matter. Empire lived on in its ‘deforming’ effects on post-colonial cultures and in the memories and sympathies of post-imperial nations, especially in their racial attitudes. 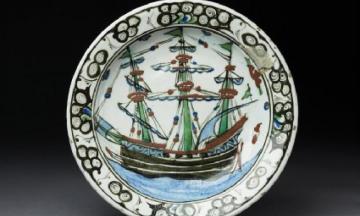 Both research and teaching in Oxford responded to this new alertness to the enduring impact of empire and its wider social and cultural effects ‘at home’ as well as in colonial societies. In the early 2000’s, empire history was further re-energised by the arrival of ‘global history’. Global history might have begun as a response to the onset of late twentieth-century globalisation. But it quickly expanded into the attempt to explain why Asia and Europe had experienced a reversal of fortune between the seventeenth and nineteenth centuries, creating a ‘great divergence’ in living standards and wealth. It was obvious that some part of the answer could be found in the economic organization of empires, both European and Asian, early modern and modern. And even more obvious that the European empires, Britain’s in particular, had been key agents of nineteenth-century globalisation, enforcing a version that suited their interests. It followed that global history and imperial history had to be studied together, and that the history of empire made little sense without a global context. It was with this conviction that the late and much-missed Jan-Georg Deutsch and I reinvented the by-then somewhat quaint sounding Masters in ‘Commonwealth History’ as ‘Global and Imperial History’, with dramatic effects on the numbers of applicants. It is now one of the most competitive Masters’ courses the Faculty offers. Then in 2011, Chris Wickham, as Faculty Board Chair, secured a substantial start-up grant to found the Oxford Centre for Global History whose activities reflect the distinctively close connection between global and imperial history in Oxford.

A fresh challenge awaits. History in Oxford needs to take account of the growing diversity of the student body, graduate and undergraduate alike, and of British society as a whole. Empire and colonialism have acquired a new salience, and the ways in which their history is taught a new sensitivity. That should not discourage us: far from it. For some historians, certainly, empire must be understood chiefly as a great crime against subjected peoples, to be documented in detail ‘lest we forget’. This must be an important part of the story. But the history of empire has other claims on our attention as well. We now recognise that empires have been a universal phenomenon throughout world history, in Asia, Africa and the Americas ‘before Europe’. Some like the Ottoman, Qing or Ethiopian empires long coexisted with European colonialism. There is much more to be learned about their everyday workings in a huge variety of cultural, environmental and geopolitical settings. That may also help us understand what made the Western version distinctive.  We have not yet exhausted the question of how empire shaped and re-shaped societies at home, in Britain especially. Nor, finally, should we assume that the age of empires is over: in some parts of the world they are as strong as ever, and we need to understand their practice and ideology. History can help here too. Imaginatively researched and intelligently taught, empire history will continue to be an indispensable part of historical education for a long time to come.